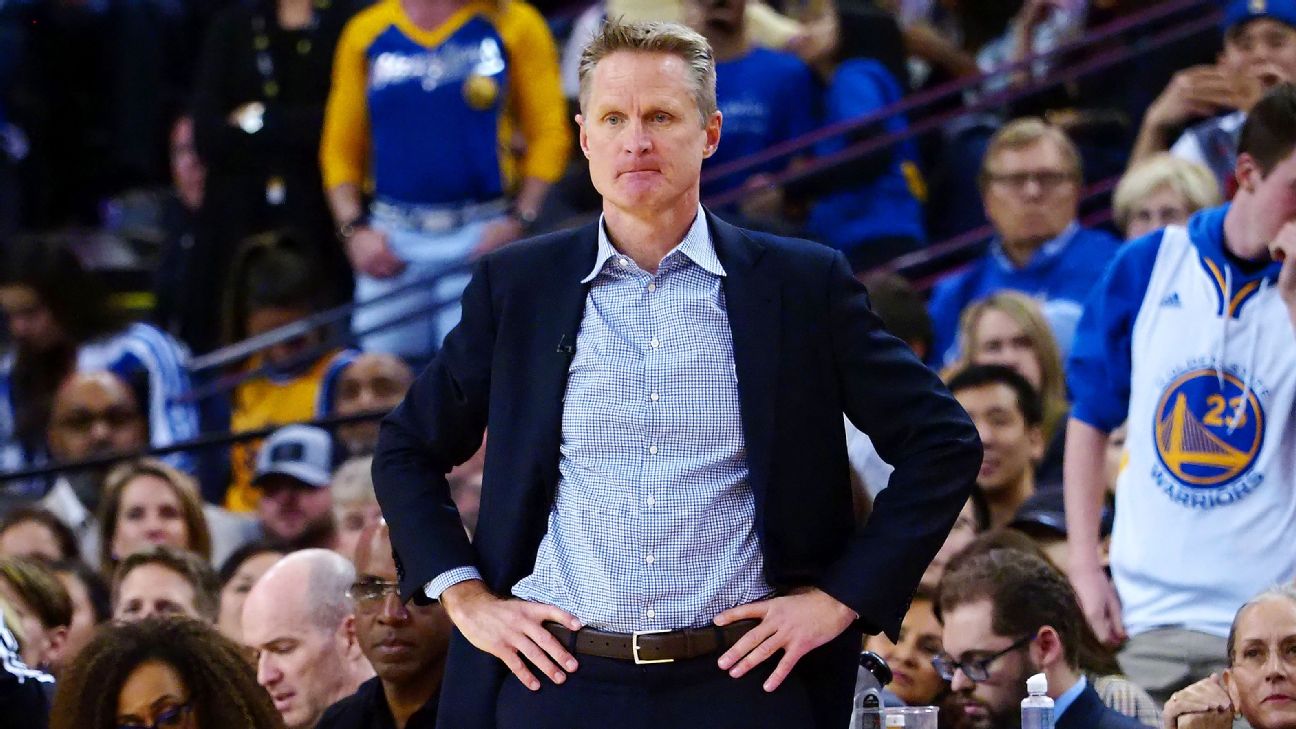 In the aftermath of the Golden State Warriors' NBA Finals sweep of the Cleveland Cavaliers last week, coach Steve Kerr estimated he received 70 congratulatory text messages right off the bat.

That was fromTiger Woods, according to Kerr, who said the two sparked a relationship last year amid their back woes.

"I don't want to be a name-dropper, but I guess the one that kind of stood out was Tiger Woods," Kerr told 95.7 The Game on Thursday. "That was pretty cool. He and I connected last year over our back problems, so we've kind of stayed in touch."

Woods, of course, has been plagued by back woes in recent years, and he had a third back surgery in April 2017 -- just as the Warriors' march to a title that season began. During that march, Kerr had to take time off in hopes of finding a remedy to nausea and migraines he experienced stemming from his own back surgery two years earlier.

Asked jokingly whether he would send a text back to Woods after the golfer's opening-round 78 at the U.S. Open on Thursday, Kerr laughed.

"I'm not sure if I'm going to reciprocate on that one tonight," he said.

Kerr also addressed his future with Golden State. He just finished the fourth year of a five-year, $25 million deal.

"I don't think it's gonna take long," he said. "I want to be here, and Joe and [GM] Bob [Myers] made it clear they want me here. I don't have any desire to go anywhere else, and I'm not gonna play that card and play it out as a free agent and do all that stuff. I'm gonna coach here for a long time. We'll get something done here pretty quick, and there won't be much fanfare. It's just gonna happen and we'll move on."