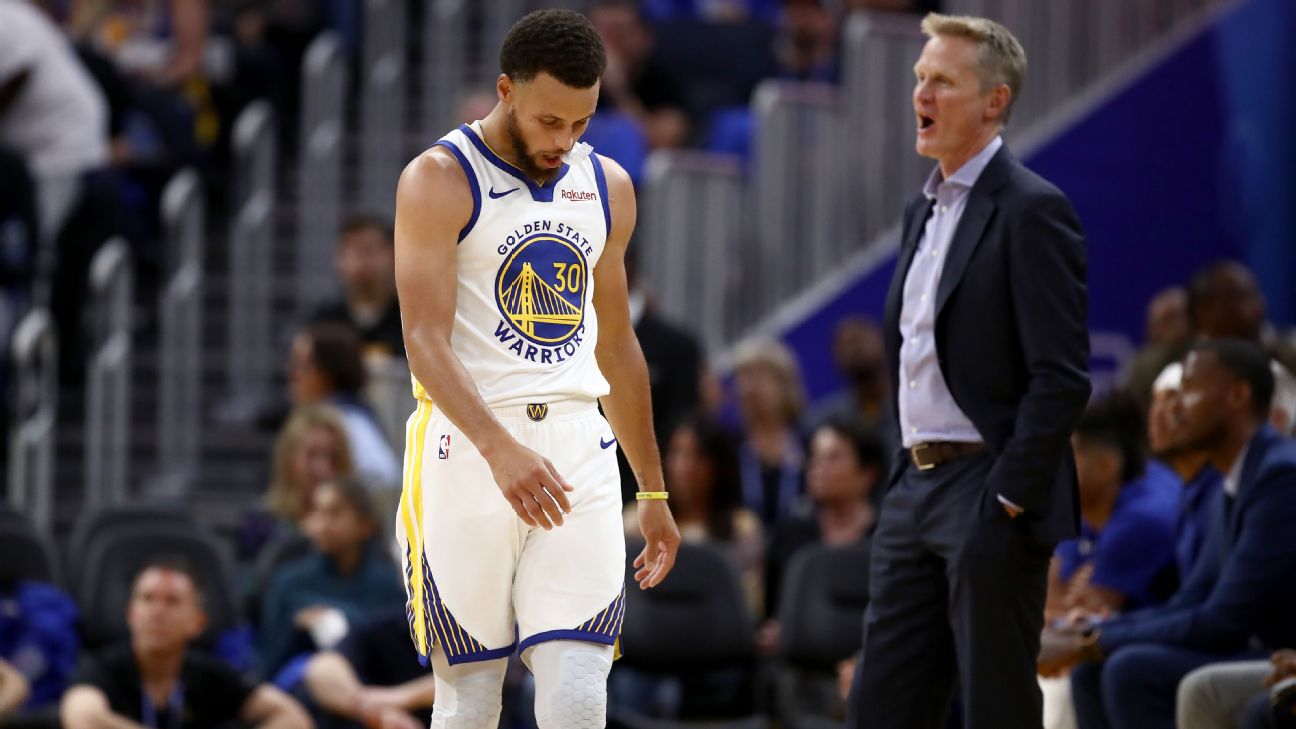 ESPN
By Nick Friedell
NEW ORLEANS -- Golden State Warriors coach Steve Kerr knows his team needs to change things up after a lifeless start to the season, but the veteran coach does not want star guard Stephen Curry to change his style in the process.

When asked before Monday's 134-123 win over thePelicansif he would like to see Curry take even more 3-pointers to jolt a struggling offense, Kerr said he didn't think that would work for the way his team plays.

"I don't know that it's that simple," Kerr said. "We could turn him into James Harden and give him the ball every play. That's really hard to do and you have to build a team for that. Houston has put five shooters on the floor for years now with Harden to give him that space. We don't have that kind of personnel, so there's not the same spacing. And that kind of basketball wears you out, too. Especially for a guy who's 180 pounds like Steph is. So I don't think the answer is just to run a million high screens. We don't really have the personnel for that. And I don't think it makes a ton of sense from Steph's standpoint."

The Warriors needed to make some changes in the wake of an 0-2 start during which they'd gotten embarrassed in back-to-back games by the LA Clippers and the Oklahoma City Thunder, but Kerr believes that will come as his young group continues to play together. He's also confident that he and his coaching staff will continue finding ways to get Curry in better positions to score. Curry comes into Monday's game shooting a combined 15-for-38 from the field and is struggling to find an early rhythm.

Without Kevin Durant and Klay Thompson by his side, Curry is facing a different kind of defensive pressure this season, as both the Clippers and Thunder kept a body on him at all times. Despite the early setbacks, Kerr praised both Curry and veteran Draymond Green for the way they've shouldered the adversity.

"I think they've handled things really well," Kerr said. "They're both very patient with the young guys. They're both taking on mentoring roles, pulling guys aside in practices, film sessions. So they've really been good -- but it's frustrating. They're not used to losing, and the first couple games have been pretty rough so they're handling it, but they're not enjoying it. I don't think anybody is."

For his part, Curry remains outwardly optimistic that his group will get things rolling soon. Like the rest of his teammates, he believes better team defense will lead to better movement on the offensive end as the young squad tries to find its way.

"Honestly I can't even judge our offense," Curry said after Sunday's loss to the Thunder. "Because we're taking the ball out of the basket every possession and giving them free throw attempts and all that type of stuff. We've been drowning on that side of the floor so it's really hard to assess what we're doing offensively. Because we haven't been able to get in transition situations and the game is not at our pace, so jury is still out on that one."

Both Kerr and Curry are hopeful that D'Angelo Russell will start playing better and will take some of the offensive burden off Curry. In the meantime, Kerr is trying to keep his sense of humor as he continues to look for ways to get the pair working better together.

"It'd be nice to get a lead," Kerr said. "I think we haven't had a lead yet. So we got to get a lead in the third game of the year -- at some point. Hopefully at the end." 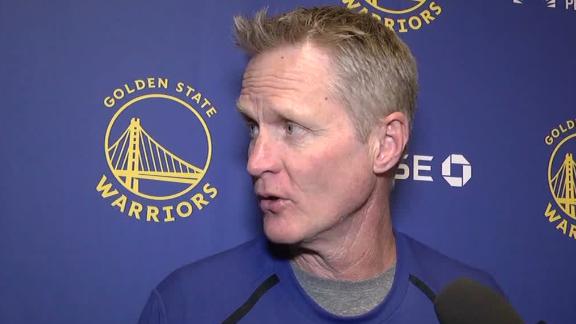 Kerr: Turning Steph into Harden won't work
Steve Kerr talks about changes that the Warriors need to make and also describes what he doesn't want to see out of the Warriors' offense. 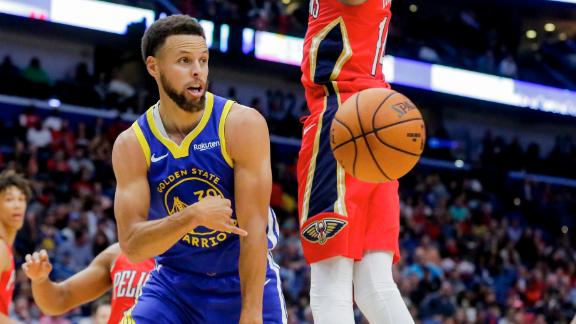