Suns GM says options for No. 1 pick include trade for NBA star 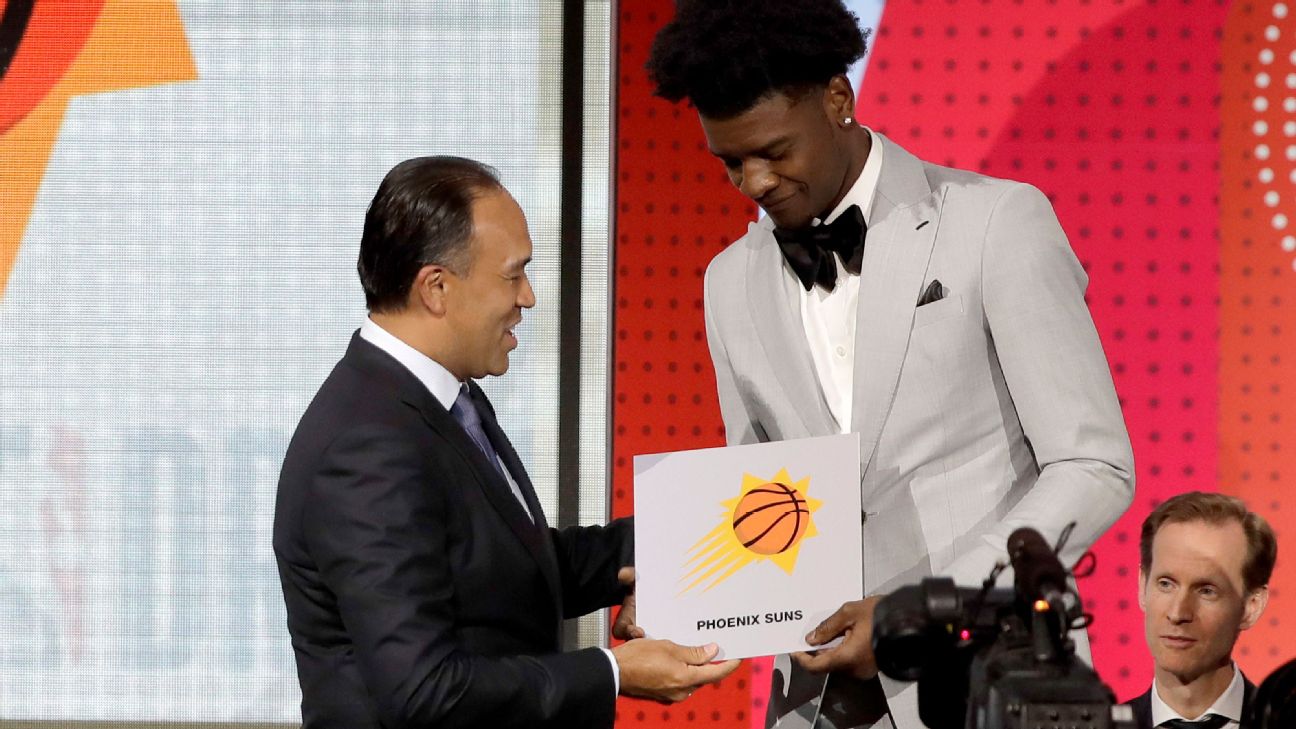 Phoenix Sunsgeneral manager Ryan McDonough says he is open to relinquishing his prized place in the NBA draft's catbird seat -- for the right return.

In an interview on ESPN2's NBA draft combine special on Friday, McDonough said the Suns haven't ruled out the option of dealing away the No. 1 pick in June's draft for a lower pick or even a worthy veteran.

"We're certainly open to that. We'll consider it," McDonough said. "Obviously, we'll have more information closer to the draft than we do today, after we go through the workout process and the interview process and we get the medical physicals. So we're open to that.

"I think if you look around the NBA, as far as the veteran players, there are probably a few players we'd consider trading the pick for, not ... just pick for player No. 1. So it'll be a busy month for us."

The Suns won the top pick in the draft lottery on Tuesday. After a league-worst 21-61 season, Phoenix had the best odds to win the lottery. Barring a trade, this will be the Suns' first No. 1 overall pick in franchise history.

"I've been in the league 15 or 16 years now," McDonough said. "I've never been with a franchise that's had the No. 1 pick. So it's a big responsibility, but especially in this draft, with the talent at the top that we look forward to."

The Suns have some familiarity with two of the top prospects for the draft, set for June 21 at Barclays Center in Brooklyn, New York.

"It is difficult," McDonough said. "And I think people are jumping to conclusions, as far as there's only one or two guys in the mix for us. There are more than that ... there are a handful of guys."

Big man Deandre Ayton is expected to be one of the first players selected, and he played in the Suns' backyard atArizona.The 7-foot center averaged 20.1 points and 11.6 rebounds in his only season with the Wildcats, earning the Pac-12 Player of the Year award.

Real Madrid's Luka Doncic has been on the radar of NBA teams for a while, as he earned the 2016-17 EuroLeague Rising Star award while growing his game overseas. At 19, Doncic already has the type of professional experience that scouts salivate over as he transitions to the NBA. NewSunscoach Igor Kokoskov coached Doncic as the pair helped lead Slovenia to a gold medal in last year's European championship.

"I've been in the league since 2003," McDonough said. "I think as far as players in the draft, it's the most talented grouping I can remember as far as big players. And the quality, the volume of the bigs at the top of this draft is phenomenal."

Another candidate at No. 1 is one of those bigs inDukefreshmanMarvin Bagley III, whobecame the first Blue Devil in history to lead the ACC in scoring and rebounding, averaging 21.0 points and 11.1 rebounds per game. The 19-year-old helped lead Duke to the Elite Eight, becoming one of just five players in a major conference in the past 25 years to average 20-plus points and 10-plus rebounds and shoot 60 percent or better from the field in a season.

"We're going to spend as much time as possible with those group of players, and it's not limited to those five or so guys," McDonough said. "But we have a lead pack at the moment, but it's not an open-and-shut case for us."

"I think a lot of what we do at 16 will be predicated with what we do at No. 1," McDonough said. "And it wouldn't make sense to draft guys at the same positions or similar positions at 1 and 16. So if we go with a big at 1, probably a perimeter player at 16 or vice versa. Another option we may have available given the number of assets we've accumulated, given the additional first-round picks we have coming from Milwaukee and Miami and the 31st pick -- the first pick in the second round -- we'll look at packaging to move up potentially, as well, if there's a player in the mid-to-late lottery that we like."

McDonough told reporters Tuesday after the lottery that the Suns were "very unlikely" to trade the pick. On Friday, he qualified that likelihood, saying an NBA veteran with several years left on his contract could turn the tide.

"Our biggest team needs are at the point guard slot and at the 5," McDonough said. "... Where we sit in this draft, those are two pretty good positions to address. But we won't look to just address those through the draft through young players. We'll also look at free-agent signing scenarios, we'll look at trade scenarios. We think and hope we're one of the more improved teams in the league next year."

"We think we've set up our roster that way without a lot of long-term contracts. We don't have many pieces we couldn't move if we needed to or wanted to, and we plan to take full advantage of that this summer."

McDonough lamented the recent past and said it was important for the mindset of a rebuilding team not to become a permanent outlook.

"It's been a painful three years in Phoenix as far as the rebuilding window," McDonough said. "It was targeted; it was strategic to do it for three years. We studied the league, we've studied other professional sports leagues in terms of how teams have rebuilt, what's the appropriate amount of time.

"I think if you don't do it for that amount of time, it's hard to accumulate enough young talent to build and grow for a sustainable period of time. If you rebuild for longer than three years, then the losing, I think, hurts your culture, and that seeps in a little bit."

McDonough said the Suns had interviewed 18 players in recent days at the combine.

"They're very polished, very bright guys," he said. "And I think if you look back at it historically, this will be a very good draft class in terms of the talent at the high end, but also in terms of the depth."

Information from ESPN's Nick Friedell was used in this report. 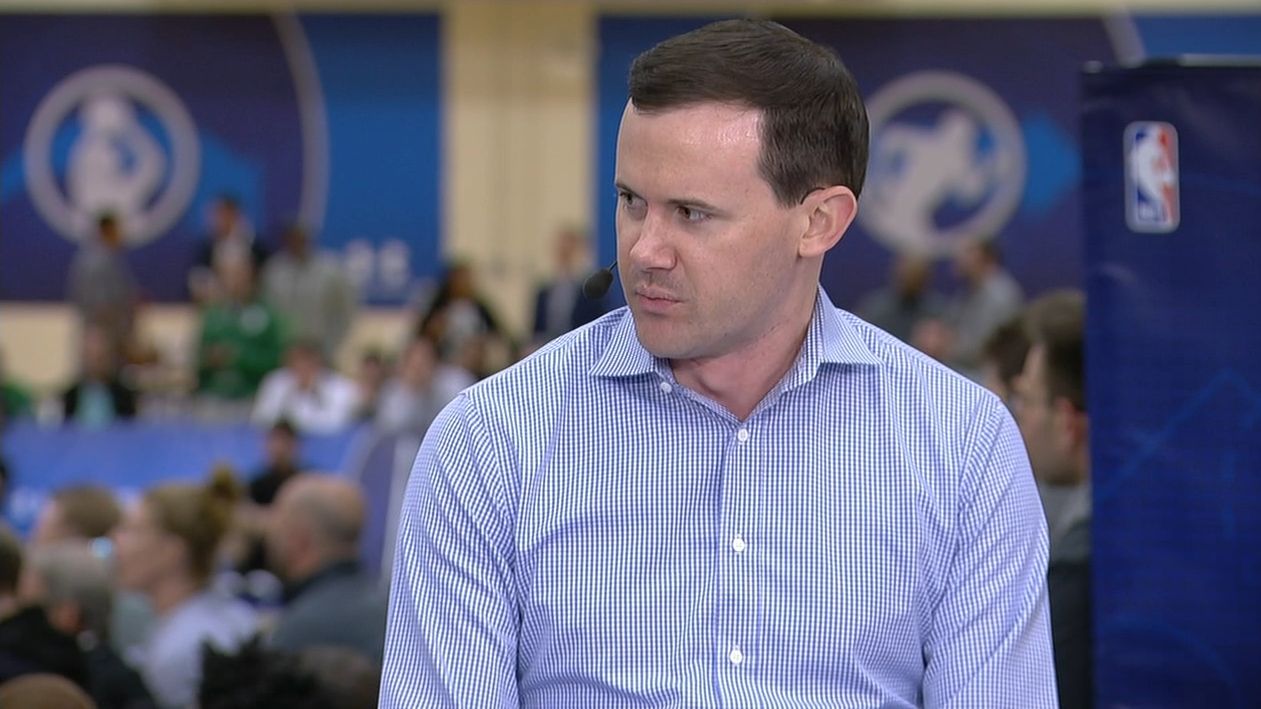 Suns GM keeping options open with first pick
Suns general manager Ryan McDonough says the team would be open to moving the top pick for a lower pick or a player. 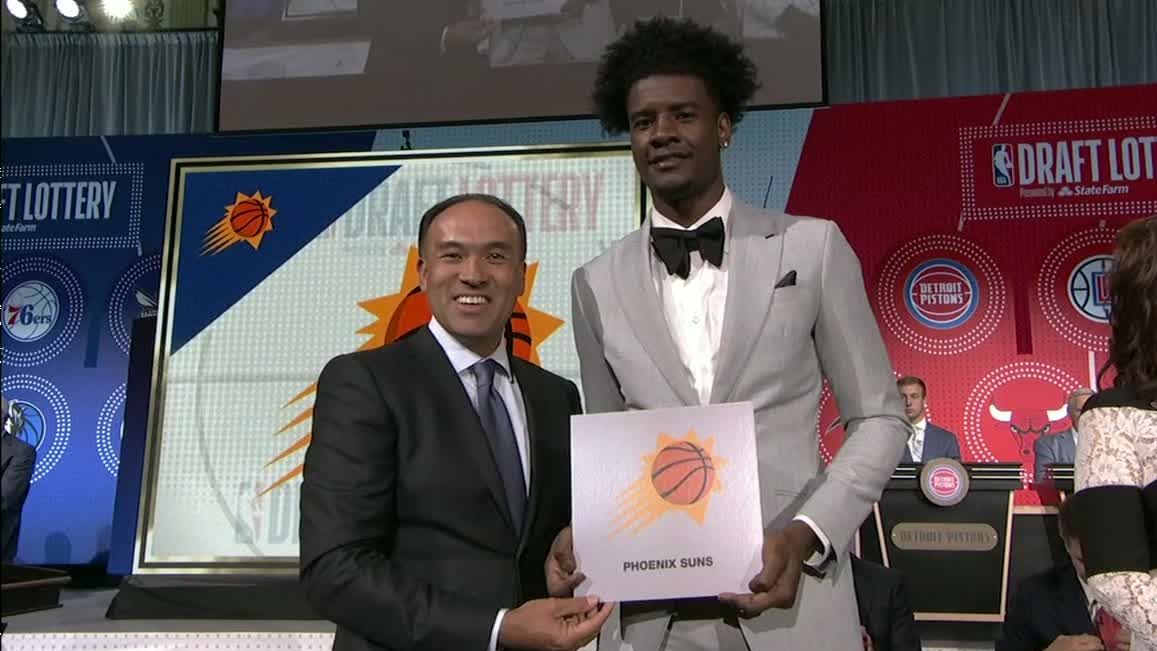