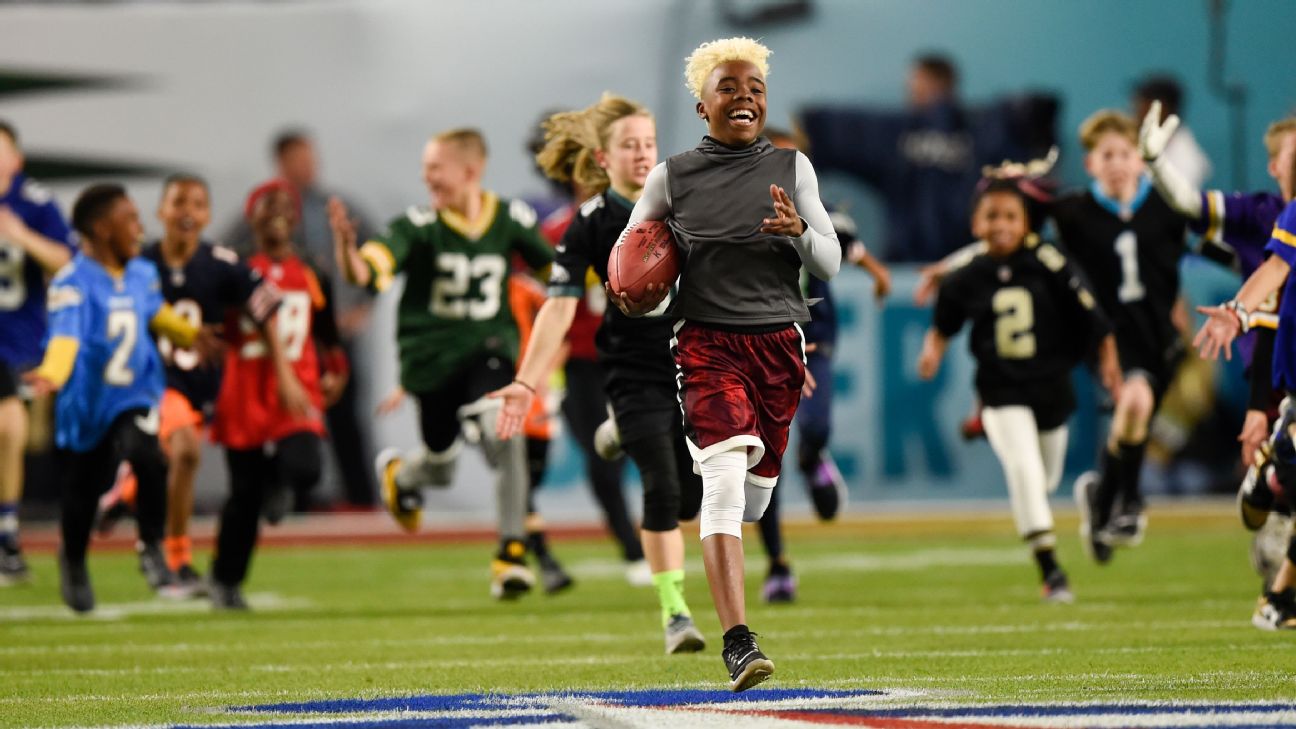 Super Bowl LIV is a culmination of the NFL's 100th season. The league opened the Super Bowl with a star-studded commercial that led to a young player taking the game ball from 97-year-old Virginia McCaskey, the Chicago Bears' owner, and bringing it to midfield.

The young player carrying the ball was Bunchie Young. He is from the Los Angeles area and not even a teenager yet. And, yes, he is that good at football.