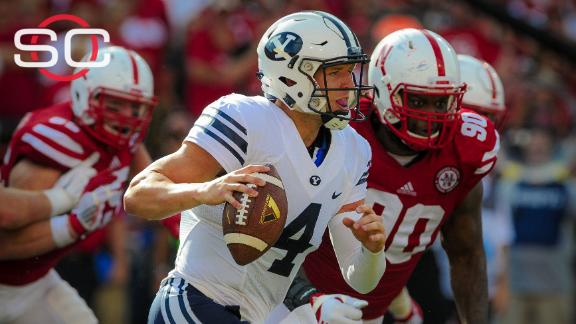 Hill, a senior whose 2012 and '14 seasons were cut short by knee injuries, was hurt Saturday while planting his right foot on a 21-yard touchdown run in the second quarter. He missed three plays on the next BYU series but returned to play until the fourth quarter, when he was hit on an 8-yard scramble and left for good.

"He just went on grit, determination and tried to help our football team win," Mendenhall said. "He's an amazing person.

"The training staff said they've never seen anyone go back and play in the same game once that's happened," he said. "He allowed us to stay within striking distance."

Hill, 25, accounted for 4,282 yards and 29 touchdowns in 2013, his lone healthy season at BYU. He played six games as a freshman and five last year before suffering a ligament tear in his left knee. Hill led BYU to wins over UConn, Texas, Houston and Virginia to open last season, earning FBS Independent Offensive Player of the Week honors after each game.

Asked to describe Hill's emotions after the game, Mendendall said he was at a loss for words.

Hill completed 21 of 34 passes for 268 yards with one touchdown and one interception on Saturday. He also rushed for 72 yards and two scores.

"To see him have that severe of an injury and then come back on the field and play," Mathews said, "you almost wanted to cry during the game for how tough the kid is, how great of a leader he is."

Heisman hopeful Taysom Hill out for season
Trevor Matich and Mark May discuss the loss of BYU's inspirational leader and star QB Taysom Hill, whose 2012 and '14 seasons were cut short by knee injuries.

Mendenhall: 'There's no one I respect more that I've ever coached'
BYU coach Bronco Mendenhall speaks to the team after losing star quarterback Taysom Hill for the season due to a foot injury. 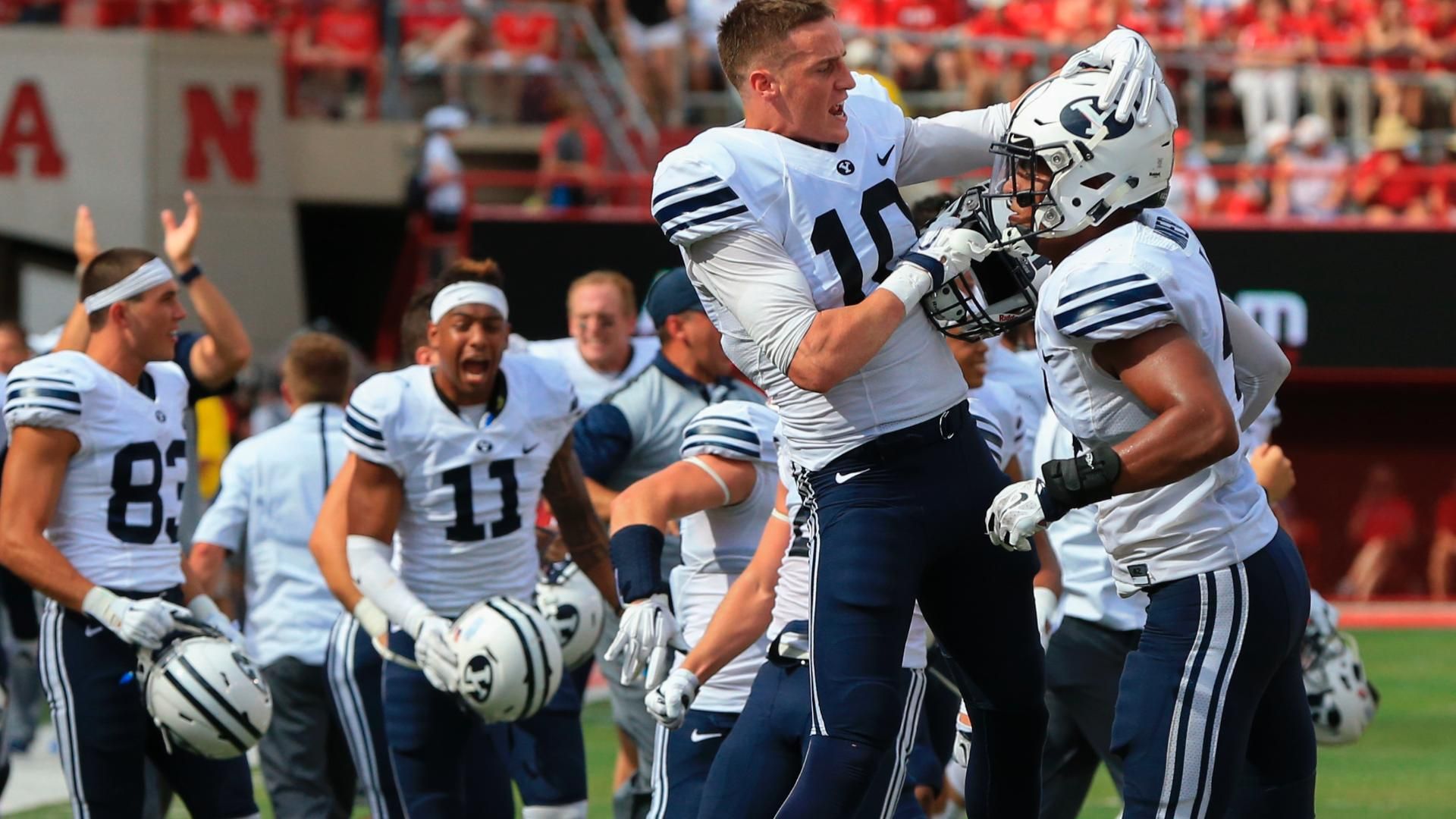