Team of the Week: Orosi Cardinals 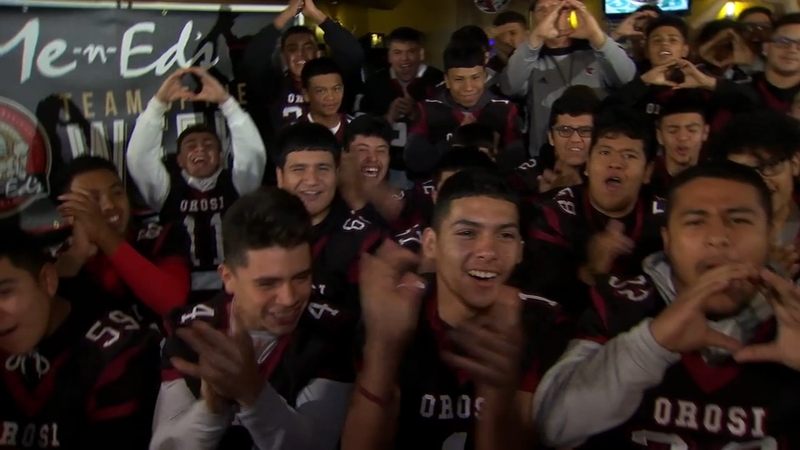 Team of the Week: Orosi Cardinals

OROSI, Calif. (KFSN) -- The Orosi Cardinals have advanced to the Division 6 Section Championship Game for the first time since 1998.

"They've had great programs in the past through the 60s, 70s, and 80s. Kind of fell off a little bit and now we're trying to bring Orosi back to football prominence," said third year head coach, Ben White.

The Cardinals have 11 wins on the season and are eyeing a berth to the state tournament for the first time in school history. Orosi's junior running back, Dominic Martinez, leads the section in touchdowns. The team averages 244 rushing yards per game.

"I brought him up as a freshman. He played in a playoff game as a freshman and this year he just exploded. 2,100 yards and 30 touchdowns he's a game-changer. They have to stop him if there going to beat us," White said.

Orosi has faced some tough teams this year, including 12-1 Caruthers. They pulled off a 23-14 win over Cal City in the semifinals; senior Freddi Arciga scored three touchdowns in the game.

"We play smashmouth football as the coach says it, and when teams that are competitive play us, we reflect what we learn from those good teams and players," Arciga said.

The Cardinals will take a five and a half hour road trip Friday morning to Bishop Union. Coach White says his team is used to playing on the road and the community has shown their support.

"We had three or four times as many fans as Cal City. The announcer told our fans to get off the field, get off the track, stand back," White said.

"Well, it feels pretty good, especially when you look at their side, and it seemed pretty dry. It gave us hope, to fight harder, and people wanted to see us succeed," Arciga said.