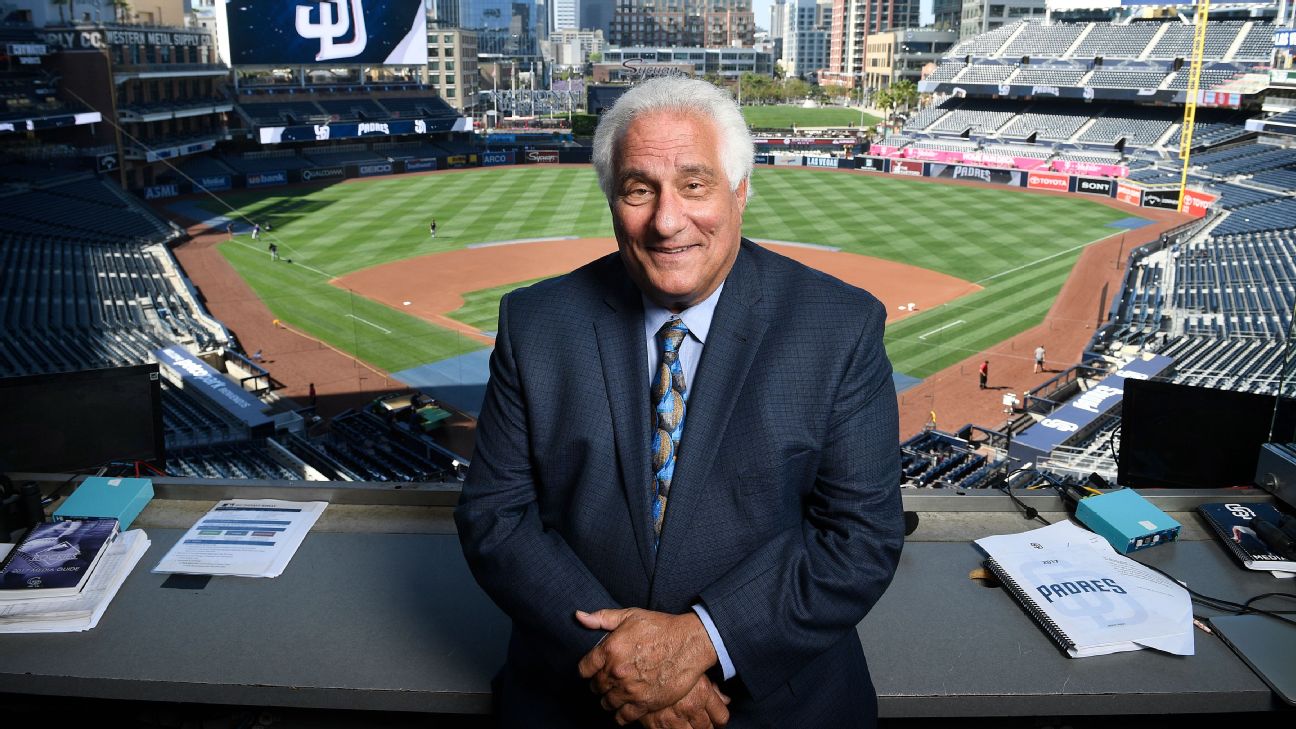 Longtime San Diego Padres broadcaster Ted Leitner, who took a leave last month to receive treatment for kidney cancer, says he is cancer-free and eager to get back to work calling games.

"I feel like I won the lottery,"Leitnertold the San Diego Union-Tribune.

Leitner announced on May 29 that he was taking a leave. He called his last game on May 30 -- a walk-off win by the Padres -- and had surgery on May 31.

Leitner is also the radio play-by-play voice of San Diego State football and basketball, and he called Clippers and Chargers games when those teams were in San Diego.

He had not missed a Padres road trip since he became the radio play-by-play voice of the team almost 40 years ago, he said.
Report a correction or typo
Related topics:
sportsespnmlbannouncersan diego padrested leitnerradio
Copyright © 2020 ESPN Internet Ventures. All rights reserved.
More Videos
From CNN Newsource affiliates
TOP STORIES