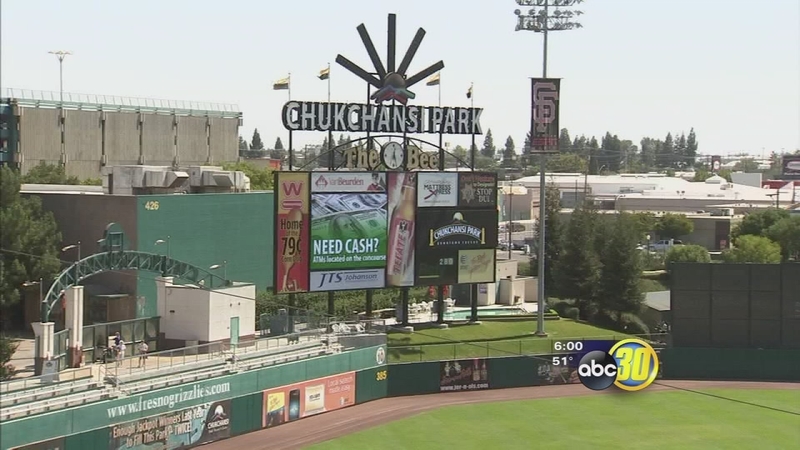 FRESNO, Calif. (KFSN) -- The Fresno City Council is expected to extend the deal they approved last April on a discounted lease of the stadium for another three months. The idea is to give the team owners more time to try and sell the team.

The Fresno Grizzlies championship season was a boost and the city of Fresno gave them a big break on the stadium lease in hopes they could sell the team. But it's taking longer than expected. "We did this deal under the assumption they would have a buyer by the end of the year, which they don't," said Lee Brand, Fresno City Council member.

But the team has assured the city a deal is in the works. "They are in the process of looking for new ownership and they have a party that's interested right now, and they are going to need a little more time to do their due diligence, and so, we are going to extend the contract by three more months to defer part of their lease payments each month," said Rene Smith, Assistant City Manager.

The city cut the lease payments by $85,000 a month last April. They now owe the city about a million dollars. The city will extend the deal until the end of next March, but the plan is to collect that back rent when the team is sold. "So in the end, if there is a buyer we are going to be made whole from the transaction. But if there's not a buyer, then we have another story," said Brand.

Team general manager Derek Franks told Action News, "The team has been for sale for several years, but we are now in a much better position to market the franchise. We are in due diligence with a group of interested buyers."

Franks said a confidentiality agreement prevents him from revealing who the prospective buyers might be.