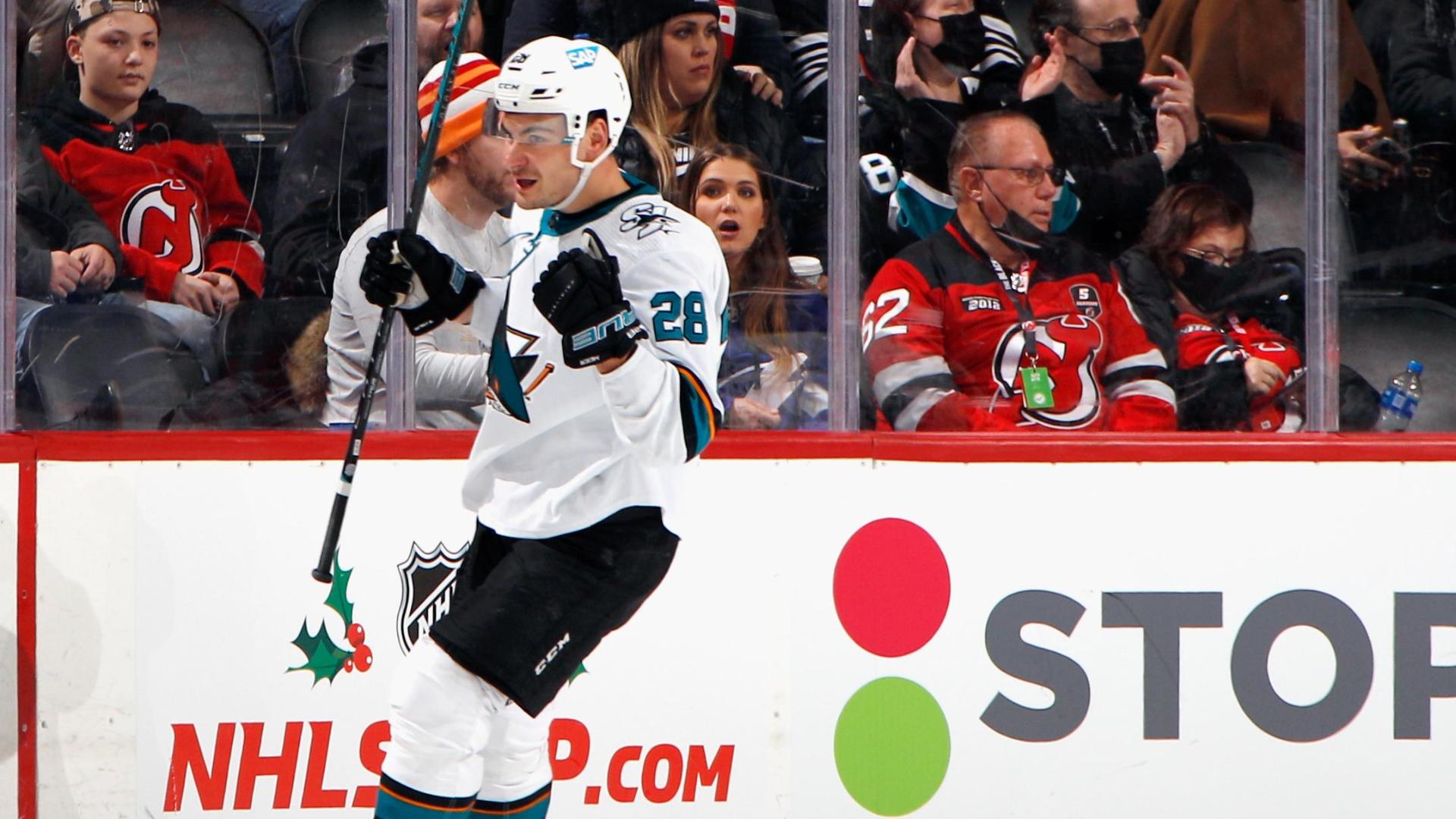 Noah Gregor, Jacob Middleton and Erik Karlsson also scored for the Sharks, who have started their five-game road trip at 2-0.


Tomas Tatar and Jesper Bratt scored for the Devils, and Mackenzie Blackwood had 26 saves.

Gregor opened the scoring at 4:26 of the first, beating Blackwood for his first goal of the season. Radim Simek and Marc-Edouard Vlasic assisted.

Middleton made it 2-0 at 4:14 of the second period with his second goal this season, with assists going to Gregor and Alexander Barabanov. It was Middleton's second goal in 30 NHL games. The rugged defenseman has spent most of his playing career with the Sharks' AHL affiliate in San Jose, the Barracuda.

"Another big road win for our team," Middleton said. "Especially after the start of the game we had in Chicago (the first win on the road), we were looking to come out all cylinders firing. I think we did that in the first and we had an even better second."

Meier poured it on to make it 3-0 midway through the second on the power play, and Karlsson followed not long after to make it 4-0 San Jose.

""It was a good game for us," Sharks coach Bob Boughner said. "I thought that we got some contributions throughout the lineup, which was nice tonight, and some big goals, timely goals."

Despite having forward Jack Hughes back in the lineup for the first time since the second game of the season, the Devils offered a minimal offensive attack against the Sharks until the third period.


"I thought at times he really skated well," Devils coach Lindy Ruff said of Hughes, who missed 17 games after suffering a shoulder injury on Oct. 19 against Seattle. "Jack was in on some opportunities that he could have turned into goals and it just didn't happen."

Tatar ruined Reimer's shutout bid with his fourth goal at 9:12 of the third. Pavel Zacha and Devils captain Nico Hischier assisted, the 100th career assist for the 22-year-old.

Bratt then made it a 4-2 game with his sixth goal at 12:49, and Andreas Johnsson had the lone assist.

"Our puck play in general wasn't good, our attention to coming back and playing some defense obviously hurt us," Ruff said. "They made some mistakes, and we let some good offensive opportunities just slip away and the ones we made, they took advantage of."

Meier's second goal of the game (his team-leading 11th goal of the season) came with three minutes left in the third with Blackwood pulled for an extra attacker.

"He's been one of our best players all year and again tonight," Boughner said of Meier, who leads the Sharks with 22 points. "I like all the little things he's doing this season. He's done a real good job of being a detail player."

The Devils announced earlier Tuesday that the 20-year-old Hughes agreed to an eight-year, $64 million contract extension that starts next season after his three-year entry level pact expires.


"He's a tremendous competitor, a great kid," Ruff said. "He's got this attitude that it's never say die and he always wants to be out there."

Hughes was the first overall pick by the Devils in the 2019 draft.

"No rust. I would have liked to play a little bit more to help my team win," Hughes said. "I got to produce and put the puck on net more. Like I said, there's things I got to sharpen up but not much rust; I felt pretty good out there."

Sharks: Are scheduled to visit New York Islanders on Thursday night, though the Islanders' last two games have been postponed because of a COVID-19 outbreak.