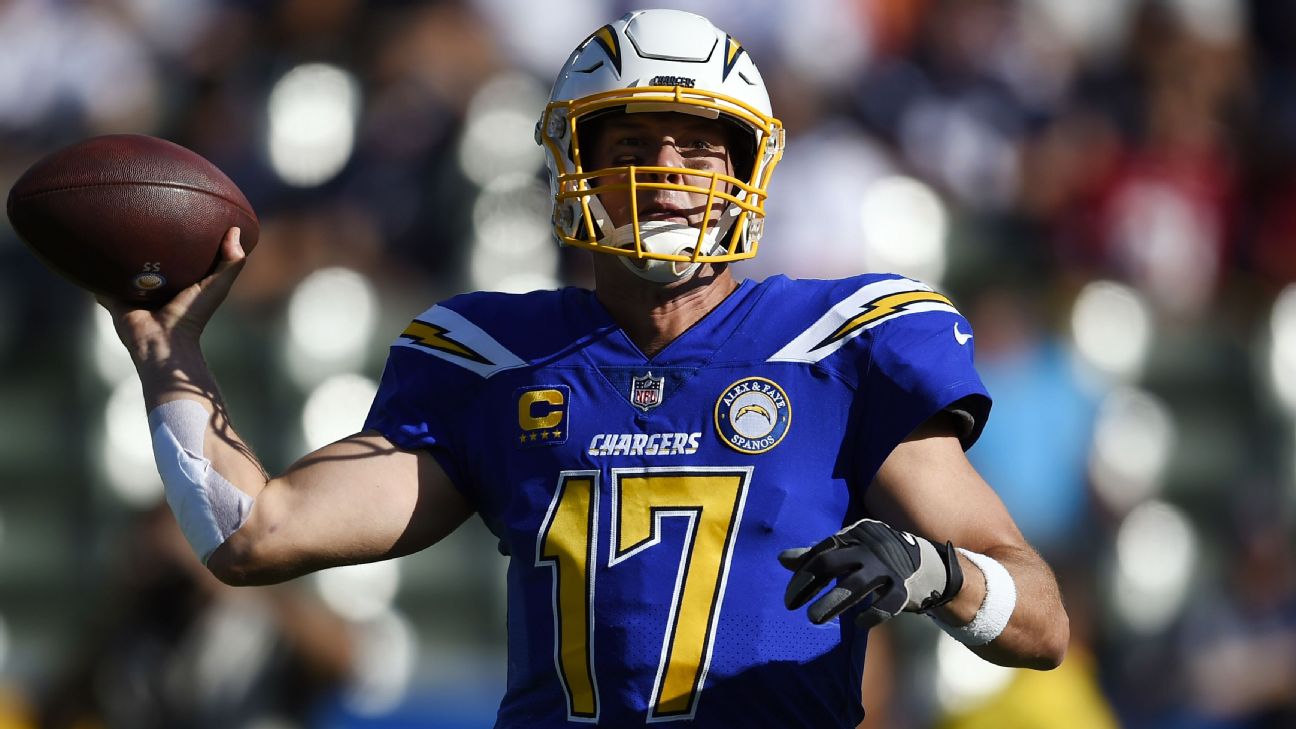 FOXBOROUGH, Mass. -- Before shifting his full attention to prepare for Sunday's game against the Minnesota Vikings, Tom Brady carved out time to marvel at Los Angeles Chargers quarterback Philip Rivers.

Brady was wowed by Rivers' setting NFL records for completing the most consecutive passes to open a game (25), and finishing with the highest-ever completion percentage in a game (28-of-29), in the Chargers' 45-10 victory over the Arizona Cardinals on Sunday.

"It's nearly impossible, which is the reason why it has never been done before. Philip made incredible throws. I watched the game. Obviously, when someone has a record-breaking performance, I want to go figure out what the heck they're doing," Brady said Monday during his weekly interview on Westwood One.

"And the reality is there is a high level of difficulty on a lot of those throws. He made great throws where the receivers could get their hands on the ball and make the catch. The receivers made some good catches. Really, the incompletion came where he got a little hit as he was getting ready to pass; that probably would have been a completion. That's just remarkable."

"It feels pretty good; you can have a high level of confidence when great things like that are happening. The Chargers are having a great season, Philip is having a helluva year," Brady said in the Westwood One interview. "I'm very happy for him. That's an incredible record to have."
Report a correction or typo
Related topics:
sportsespnlos angeles chargersnflrecordphilip riversnew england patriotstom brady
Copyright © 2020 ESPN Internet Ventures. All rights reserved.
More Videos
From CNN Newsource affiliates
TOP STORIES