Colin Kaepernick and a teammate kneel in this undated image from a San Francisco 49ers game. (KGO-TV)

AP
WASHINGTON -- President Donald Trump is once again inserting himself into the culture war over protests by NFL athletes during the national anthem.

Trump tweeted on Friday that he "can't believe" the debate has reignited after The Associated Press reported on the Miami Dolphins formally telling players they could be punished for protesting on the field. The NFL and NFL Players Association said in a joint statement Thursday night they were halting enforcement of all anthem rules while they work out a solution.

Trump asks, "Isn't it in contract that players must stand at attention, hand on heart?"

No such requirement exists, but NFL owners voted in May to require players who wish to protest to remain in the locker room during "The Star-Spangled Banner."

Trump is proposing his own penalties, calling on Commissioner Roger Goodell to "take a stand." 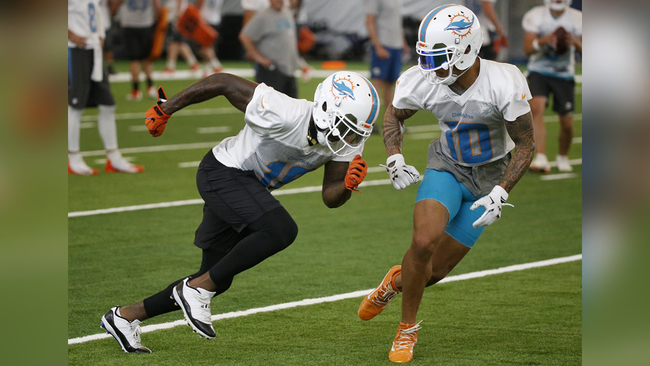 Trump cheers Weinstein verdict as a blow to Democrats