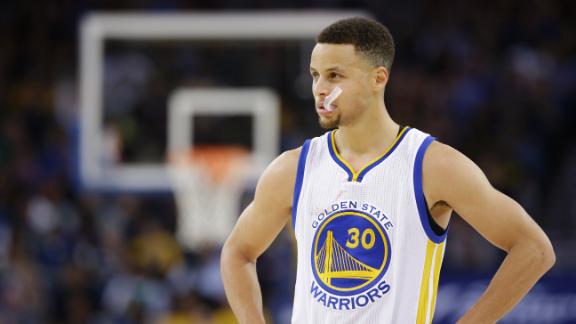 The CEO of Baltimore-based sports apparel company Under Armour responded Wednesday to criticism he received after calling President Donald Trump "an asset to the country."

Golden State Warriors star Stephen Curry was among celebrities the company sponsors who voiced concerns about Kevin Plank's praise of Trump, jokingly telling The Mercury News on Feb. 8 that he agreed -- if you remove "the ET from asset."

In an open letter to Baltimore published as a full-page advertisement in The Baltimore Sun, Plank wrote that he wanted to clarify what values he and his company stand for.

"In a business television interview last week, I answered a question with a choice of words that did not accurately reflect my intent," he wrote, referring to an interview on CNBC on Feb. 7.

The company stands for equal rights and job creation and believes "immigration is a source of strength, diversity and innovation for global companies based in America," Plank wrote. Also, the company opposes the president's travel ban.

"With an anticipated new executive order on immigration set to come out, we will join a coalition of companies in opposition to any new actions that negatively impact our team, their families or our community," he said.

Curry is one of Under Armour's highest-profile spokesmen, with a deal that pays him at least $15 million annually -- and gives him a stake in the shoe and apparel company through 2024.

Curry's business last year for Under Armour was worth $200 million, sources told ESPN's Darren Rovell, but some estimates of his value to the company are much higher.

He told The Mercury News that Under Armour's working with Trump doesn't affect his deal with the company and that he is more concerned about it adopting Trump's values.

Plank also released a statement on Feb. 8 clarifying his comments, and Curry said based on conversations he had with Plank last week he would continue to stand behind the company.