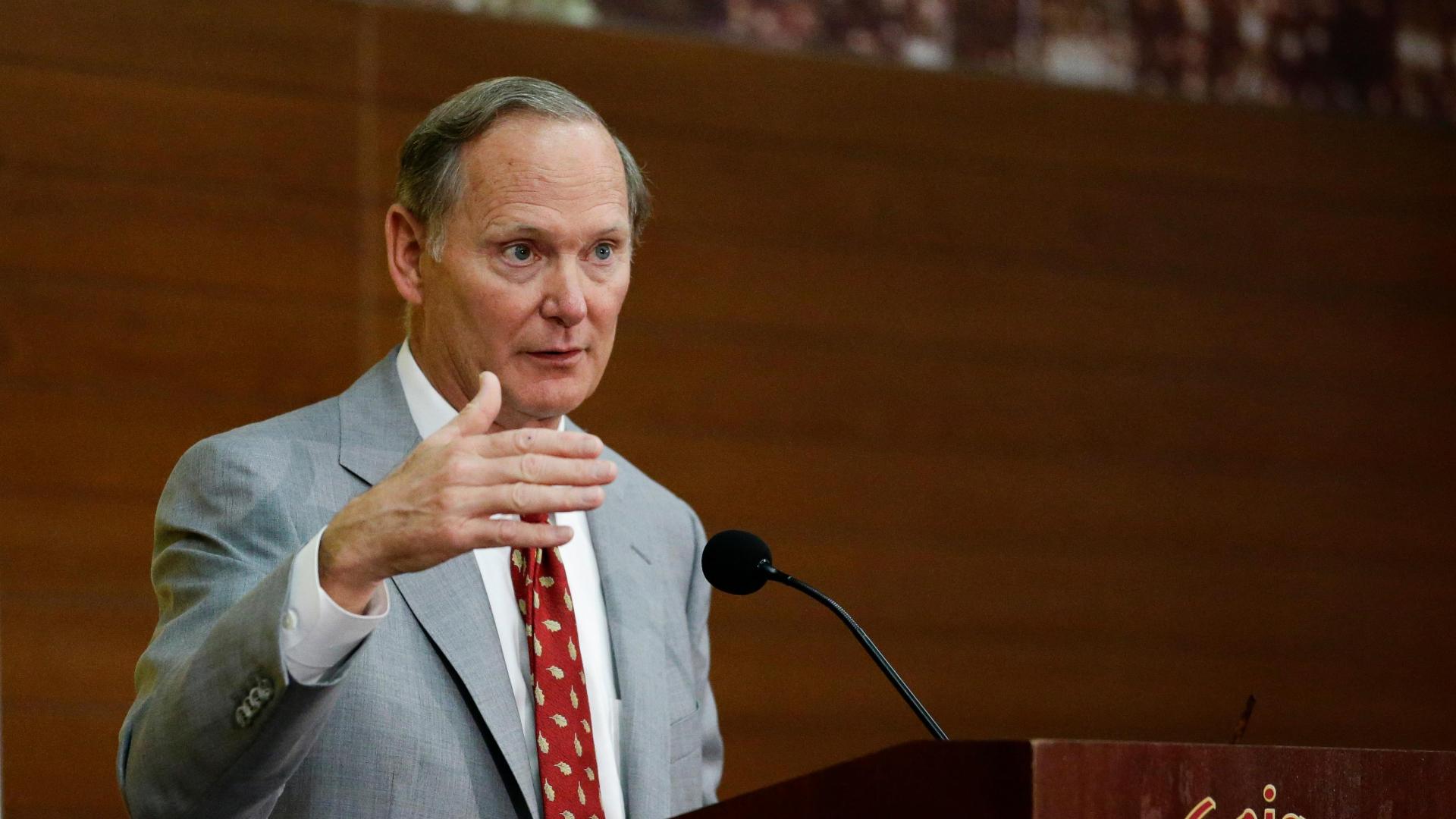 USC athletic director Pat Haden has been fined $25,000 and reprimanded by the Pac-12 for his actions in the third quarter of the Trojans' 13-10 win against Stanford on Saturday.

Haden left the press box after getting a text message from someone on the USC staff -- at the request of coach Steve Sarkisian, who also was reprimanded -- and went to the sideline, where he got into a lively discussion with the officiating crew.

"The conduct by [Haden] was inappropriate," Pac-12 commissioner Larry Scott said in a statement. "Such actions by an administrator in attempt to influence the officiating, and ultimately the outcome of a contest, will not be tolerated."

Haden issued an apology on Sunday and imposed a sideline ban on himself for USC's next two games.

"In retrospect, I should not have approached the game officials," said Haden, who is also on the College Football Playoff selection committee. "I should have waited until after the game and gone through the appropriate channels."

That wasn't enough for Scott and the conference.

"The conduct by both Sarkisian and Haden were in clear violation of our conference's standards of conduct policy," Scott said. "We appreciate the public apology and recognition of the errors in judgment, as well as Pat Haden's self-imposed two-game sideline ban. We took this into consideration as we determined the discipline. Nonetheless, the actions fell short of our expectation of our head coaches and athletics directors as role models for our student-athletes and important leaders of our institutions."

Haden's actions won't affect his standing on the selection committee.

"Emotional outbursts at games are not a matter for the playoff selection committee to deal with," Bill Hancock, executive director of the College Football Playoff, said in a statement. "This does not affect Pat Haden's capability as a committee member. We recognize that athletics directors cannot be dispassionate about their own teams, and that's why we have the recusal policy."

Shortly after the punishment was announced, Sarkisian issued a statement and said he was out of line to call Haden to the field.

"I regret putting Pat in the situation I put him in on Saturday. It is my job to manage the game, not Pat's. For the good of the game, I will be better on this in the future," Sarkisian said.

Pat Haden Fined $25,000 By Pac-12
Joey Galloway and Danny Kanell debate whether Pat Haden's decision to go down to the sideline of USC's game against Stanford impacts his credibility as a member of the College Football Playoff selection committee.

USC AD Pat Haden Confronts Ref On Field
Rece Davis, Lou Holtz and Mark May discuss the bizarre sideline incident on Saturday, when USC athletic director Pat Haden confronted the refs on the field, and debate if Haden belongs on the selection committee.