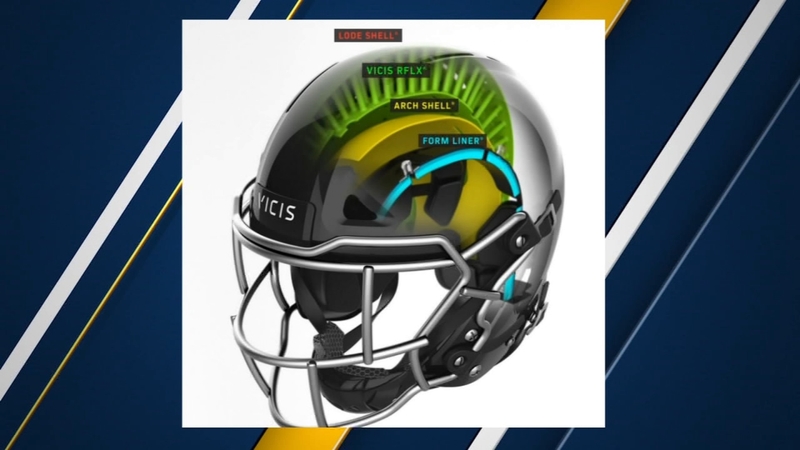 Visalia Unified is the first school district in the country to roll out the helmet, designed by engineers and neurosurgeons to reduce impact forces on the field.

"Football is under attack," Dilfer told students. "Football needs to become safer, and VICIS is on the forefront of making a safer game. Because of that, you guys right now will play a safer football game this fall than the other student-athletes around the country."

Don Groppetti made the generous donation to Visalia Unified after being approached by a local business owner and concerned parent of a Golden West JV player.

In their first year of high school distribution, VICIS has fitted players from nine other California high schools with ZERO1's, which have multiple layers and a soft outer shell.

"I think players can expect a helmet that fits extremely comfortably, than what they are used to," said VICIS' Mike Finney. "We have hundreds of computer models on head shapes as well as us coming into custom fit the guys, (it's) probably an approach that they have never had before."

He says his new helmet is an upgrade, even from those he purchased on his own in previous years of playing.

Only one more school needs to be fitted.