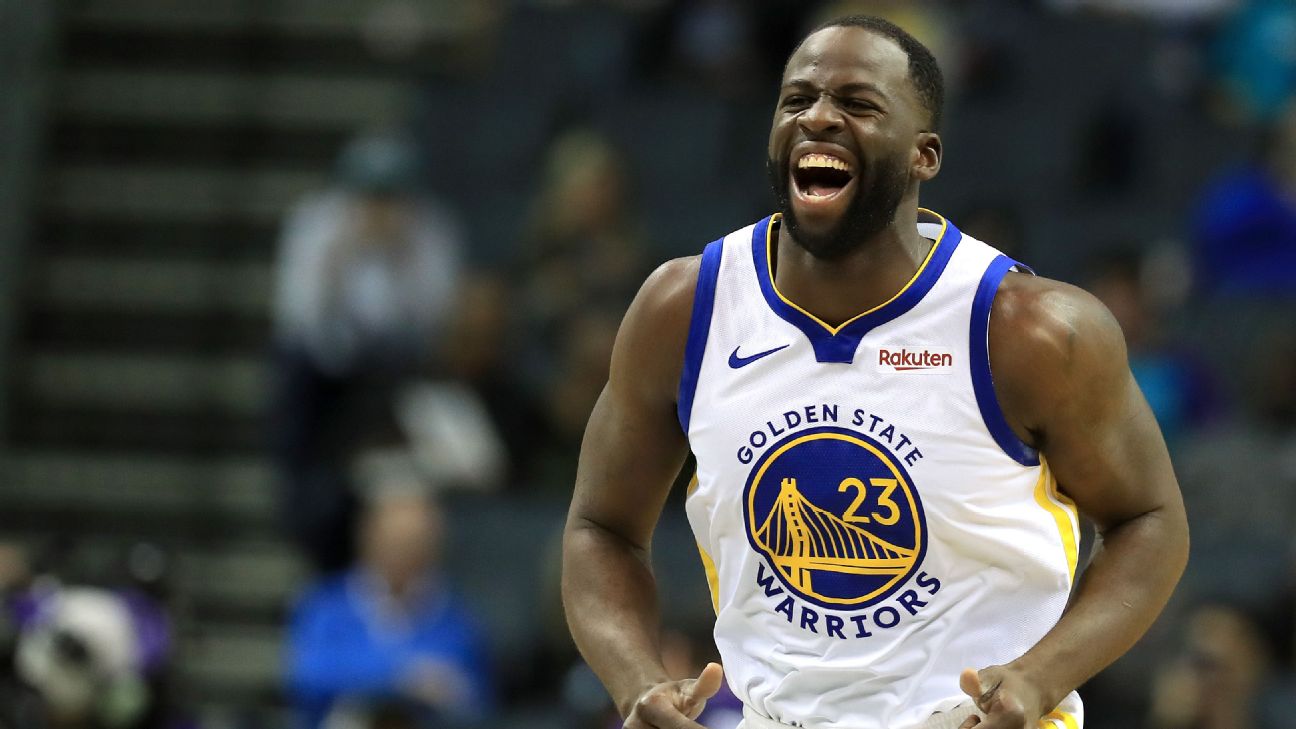 Golden State Warriors forward Draymond Green has signed a multiyear, multimillion-dollar shoe deal with Converse, making him a face of the company and a featured endorser across all brand marketing and product launches. The deal allows Green to continue within the Nike Inc. umbrella of companies, as Nike purchased Converse in 2003 and has been operating the century-old company out of Boston since.

Green, 30, joins only Phoenix Suns wing Kelly Oubre Jr. as an endorser with Converse, as the duo looks to launch the brand's reentry into the NBA and the performance basketball industry.

"The best part about working with Draymond is he was already part of the Nike family. We were able to have these conversations and start to collaborate," said Converse CMO Jesse Stollak, who has been with Nike Inc. for 16 years. "We were really excited about this moment of his career that Draymond is in and this moment that we're at as a brand."

For Green, it was indeed the "right fit and right people" that became a key element of landing his next endorsement deal.

With Green's prior Nike deal set to expire on Oct. 1, 2019, the timeline of Stelly's move to Converse lined up almost perfectly.

"We've built a friendship most importantly," Green said. "To be able to continue to be in business and continue to work with Stells and go over and try to build something, that's something that we've always talked about."

Their conversations began in the fall of 2019, then "picked up" at the start of the calendar year, before "talks solidified" over a lengthy Boston dinner attended by Stelly, Green and Stollak, when the Warriors were in town to play the Celtics in late January. It was the brashness for which Green is known, and his winning résumé, that ultimately appealed to the brand.

"People who are unapologetically themselves, no matter the circumstance," Stollak said. "As we look to build our presence back in the basketball world, we want to make sure we're building a family that really embodies that spirit."

After helping to headline Nike's team shoe series like the Hyperdunk and HyperRev, Green will debut the new Converse G4 when he next plays after sitting out Thursday's home game against Toronto due to an ongoing knee injury. The G4 is a modernized update drafting off of some of Converse's most classic 1980s-era designs. The shoe, featuring Nike technologies such as React cushioning in the heel and forefoot Zoom Air under the hood, will be released in both high- and low-top editions this spring.

Green is expected to have his own "signature expressions of that, in a player edition form," according to Stollak, with potential releases expected later this calendar year.

Recalling when he was just coming into his own with the sport at Central Middle School in Saginaw, Michigan, Green fondly remembers one of his first basketball shoes -- a retro edition of the iconic Lakers-hued Converse Weapon from 1986. They were once worn by NBA star Magic Johnson, who grew up just an hour from Green in Lansing and, like Green, attended Michigan State.

"My school colors were purple and gold, and it was almost impossible to find a purple and gold shoe," he said. "Back then, I'd get one shoe, and I'm wearing that shoe for the entire year!"

After his own accomplished career at Michigan State, the 2012 second-round draft pick quickly carved out a versatile role with Golden State, all while developing an interest in the business side of the athletic industry, and his own potential in the marketing world.

"I can think back to my second year in the league, I used to ask him, 'Stells, how can I get in a commercial? How can I can have a photoshoot with Nike?'" Green said. "He used to always tell me, 'You go play. You continue to get better. You give me something to work with, and I'll handle everything on this side.'"

"He's an explosive, powerful, hybrid player, who really creates space on the floor," Stollak said. "He's someone that can be a brand ambassador, and not just somebody that serves a category."

Converse, known for its iconic Chuck Taylor silhouette, had been a staple of the footwear industry for more than 100 years, dating to its launch in 1908. After being acquired by Nike in 2003, the brand signed a handful of NBA rookies as it looked to make a return to the performance basketball category, most notably landing eventual NBA Finals MVP Dwyane Wade.

When Wade left for Jordan Brand in 2009, the company transitioned away from the performance sector, focusing on lifestyle and skate products instead. After adding Oubre as an ambassador in late 2018, Converse launched the All Star Pro BB in 2019, its first new basketball sneaker in nearly a decade. The brand is now hoping Green can help in that evolution as Converse continues to reestablish itself in the space.

"We're not in any rush to sign a whole bunch of athletes," Stollak said. "We're really trying to create a collective of athletes who bring something different and special in their individuality, but then collectively, they have an impact, a force and stand for the ethos of the brand."

While there is an appeal to being just one of a select few at the brand, Green insisted his decision to join Converse goes beyond that.

"I wouldn't just go to any brand just to be the headliner. It's not about that for me," he said. "The opportunity to stay within the Nike family, but then also, [be with] a brand that I like. I've always worn Chucks. It's a brand that I've always been comfortable with. Now, to have the opportunity to actually be a part of the brand, help build the brand up and bring some new life to the brand, that was an exciting thing to me."
Report a correction or typo
Related topics:
sportsespnnewsgolden state warriorsdraymond greennba
Copyright © 2020 ESPN Internet Ventures. All rights reserved.
More Videos
From CNN Newsource affiliates
TOP STORIES