Warriors show off softball skills during celebrity game for charity 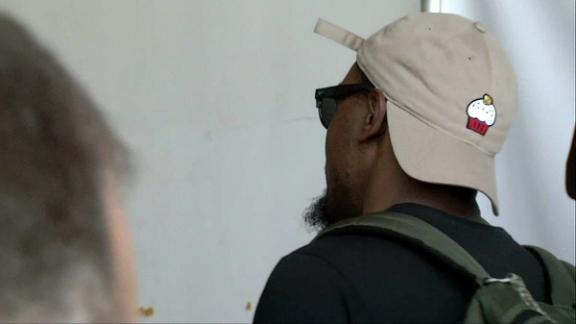 Fresh off winning the 2017 NBA Finals at Oracle Arena earlier this month, several members of the Golden State Warriors took their athletic talents across the parking lot for a celebrity softball game at the Oakland Coliseum.

Barnes, Clark and Iguodala each did their best Oakland Athletics impersonations, launching home runs over the makeshift fence in the outfield. Although their hits didn't clear the Coliseum's actual wall, it didn't matter, because the ensuing home run celebrations stole the show.

After the game -- a 19-15 victory for Green's team over McGee's team -- Lynch jokingly confronted the Warriors' defensive anchor about failing to go deep like his teammates.

McGee, who is set to become a free agent on July 1, expressed his desire to return to the Warriors during an interview amid the festivities.