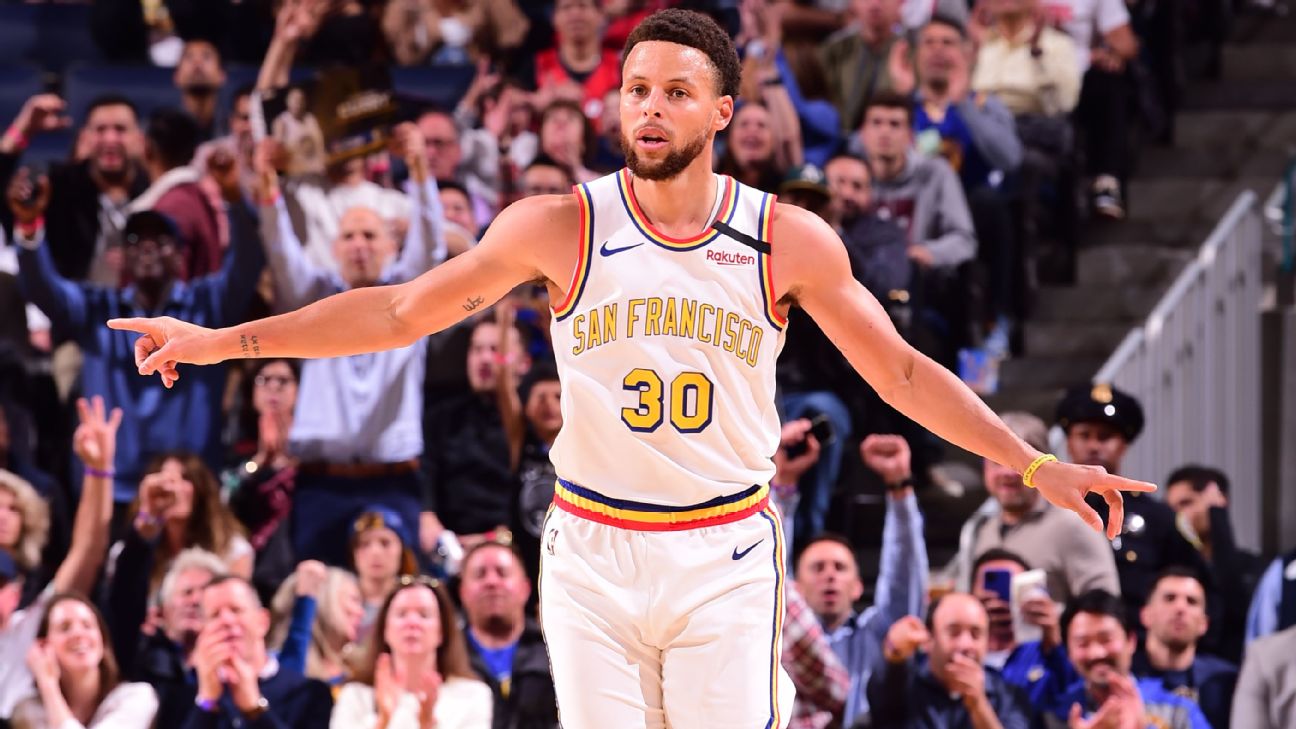 "We expect him to play Thursday," Kerr said before Tuesday's game. "He wanted to play tonight, but we wouldn't let him just given he hadn't done anything the last three days. This is a good day for him to get a good workout and get some rest tonight and then workout again tomorrow. Hopefully everything goes smoothly and he'll play Thursday night. That's the plan."

Curry, who returned to the lineup on March 5 after missing 58 games because of a broken left hand, went through Tuesday morning's workout, but the Warriors wanted to be cautious as he continues to make his way back into playing shape.

As for Draymond Green, he missed his sixth consecutive game because of left knee soreness. Kerr remains hopeful that Green will be back soon.

"Draymond is doing well," Kerr said. "Because he missed over a week I think, he lost some conditioning and strength in the knee, and so we are taking a cautious approach there too. He's doing a lot better and he's gotten in a couple of good workouts the last few days. He's getting closer for sure."

On top of the injuries, the Warriors continue to deal with concerns surrounding the coronavirus in the Bay Area. At tipoff Tuesday night, there were thousands of empty seats inside Chase Center, and the crowd reaction was muted compared with previous games.

The Warriors say team president and chief operating officer Rick Welts will meet with San Francisco Mayor London Breed on Wednesday -- noting that Welts has been in contact with Breed and will work collaboratively in figuring out the best approach to take between the city and the team in the wake of more fears about the virus.

In all his years in and around the NBA, Kerr said he has never experienced anything like the worry surrounding the virus.

"No, this is a first," Kerr said. "This is a first for me, and probably for all of you. It's brand new, and it's strange, and I don't really know what to think. Even just in everyday life, just visiting with friends and gathering. It's like you don't -- it's awkward. You don't shake hands, you're doing the Bash Brothers thing. It's like, how are we supposed to act. It's all very strange and awkward. So we're just gonna do what we're told to do, and go from there."

Clippers coach Doc Rivers described Tuesday night's turnout as "pretty good," saying he actually was "surprised" to see as many fans as there were at the Chase Center.

"I don't think any of us know, all we do is read and we hear," Rivers said about the virus. "You get good advice. ... Our league has been fantastic on trying to educate us to the best of their ability, but we still don't know [what will happen]. If I could advise everyone, it's just be cautious. We don't know. And don't think you know. That would be my advice."

As the NBA continues to try to figure out the next steps, Clippers center Ivica Zubac said that while it would be strange to play in an empty arena with no fans, he would be in favor of it if it stopped the virus from spreading.

"It would definitely be weird," Zubac said. "I did that a little bit in Europe, I played on teams that nobody really cared about so we didn't have any fans in the arena but in the NBA it would definitely be weird, but if that's what it takes to stop that, if it helps stop spreading the virus I think we should do it. They're doing it all over Europe, and I think if they would cancel that you've got to do it." 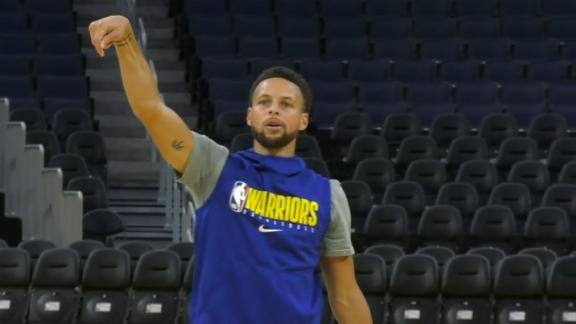 Curry in a rhythm during shootaround
Steph Curry puts up shots ahead of his return to the court in the Warriors' game against the Raptors on Thursday.
Report a correction or typo
Related topics:
sportsespnnewsstephen currygolden state warriorsnba
Copyright © 2020 ESPN Internet Ventures. All rights reserved.
More Videos
From CNN Newsource affiliates
TOP STORIES