Warriors to talk future with KD, Klay this week 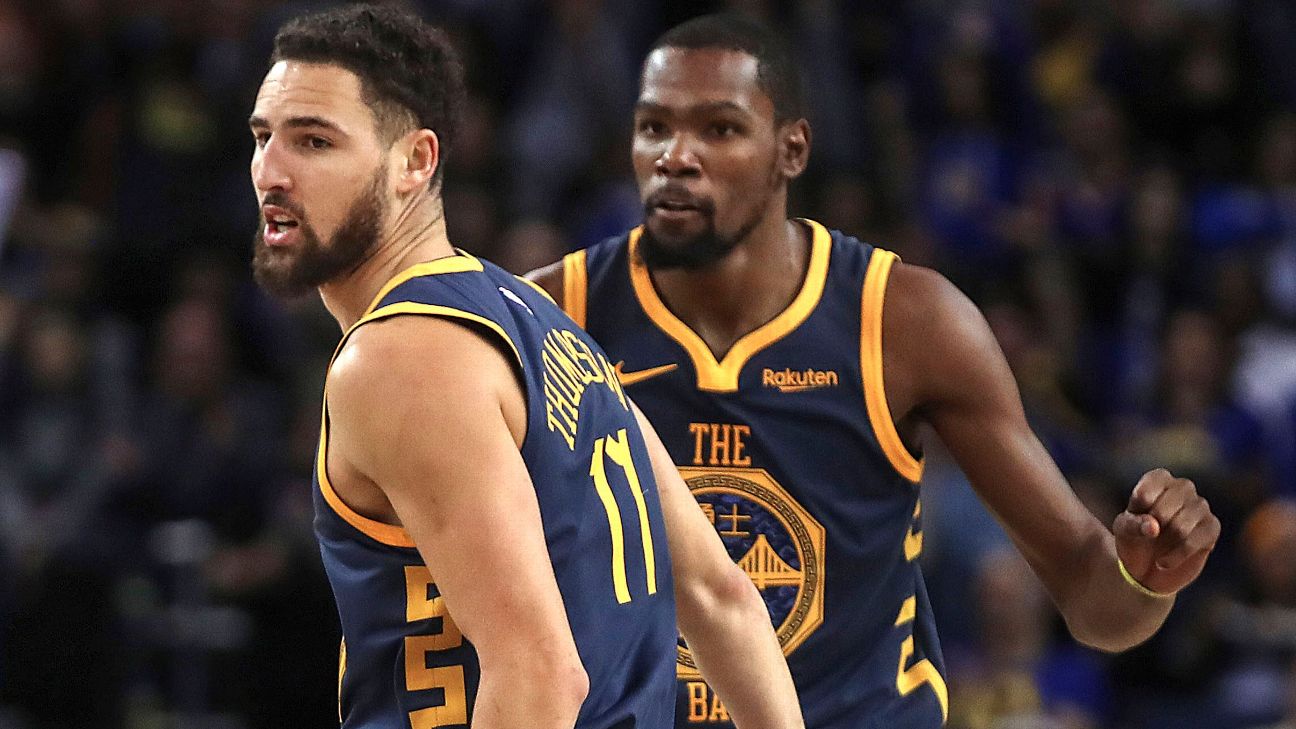 OAKLAND, Calif. -- Golden State Warriors general manager Bob Myers demurred when asked if he was optimistic heading into formal conversations withKevin Durant and Klay Thompsonthis week regarding their respective futures with the team.

Durant has a player option for next season that he has been expected to opt out of all year. Thompson will be an unrestricted free agent.

The topic of free agency for Durant and Thompson hovered over the organization all season and gained even more intrigue over the past two weeks, after each player suffered an injury that will affect his future. Durant ruptured his right Achilles tendon in the second quarter of Game 5 of the NBA Finals, and Thompson tore the ACL in his left knee during the third quarter of Game 6.

The injuries have not changed the feeling inside the organization regarding the pair's potential future with the team. While it's against league protocol for Warriors owner Joe Lacob to publicly say he would give each player a max extension, the feeling internally has been that the team would like to re-sign both players and continue their dynastic run.

No matter what both players decide, the Warriors are confident that each man knows the organization's culture well enough to make an informed decision on whether he wants to stay or not.

"We're not doing any videos and tours of the city. Basically it's a 'We want you back and we hope you decide to come back and see what happens,' but we're at a different place now," Kerr said. "But any time you're trying to retain your own players, I think the song and dance, the pomp and circumstance is unnecessary and I actually think it's unnecessary even for other players. You just got to do what you got to do, but with our group it's just -- conversation."

Kerr's comments came earlier in the postseason, prior to both player's injuries, but the mood inside the organization remains the same as it was throughout the season. The feeling has been that Thompson would re-sign on a max deal worth $190 million over the next five years, while it was unclear whether Durant would come back, even though the Warriors have the ability to offer him more money than any other team. Kerr admitted as much during his end-of-season news conference after the Warriors lost to the Toronto Raptors in the NBA Finals.

"The injury throws everything for a loop," Kerr said at the time. "So I have no idea what Kevin's going to do. I know that we all want him back. We think this is a great situation for him and vice versa. So hopefully we get him back and keep this thing going, with the understanding that he's a free agent and we want what's best for him and he's free to make any choice he wants."

Durant has already had surgery on his Achilles. Myers said Thompson is expected to have surgery later this week.

"I think it's been scheduled," Myers said. "Maybe potentially this week. But I don't know the exact time or day, but that's what I'm hearing." 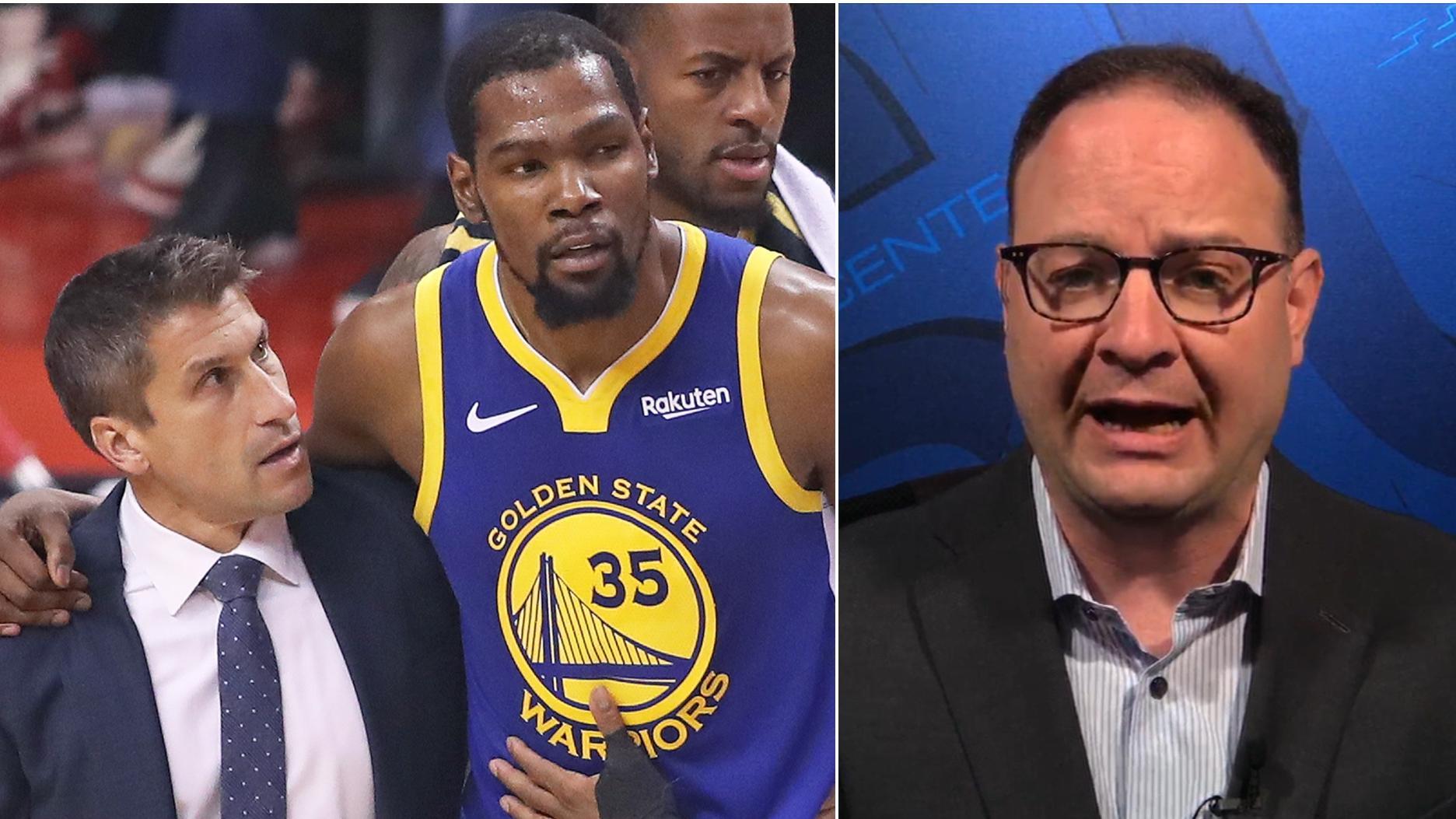 Woj: KD recalibrating his thinking
Adrian Wojnarowski explains that the Kevin Durant's injury has caused him to look at his next contract differently and he has contemplated meeting with other teams.
Report a correction or typo
Related topics:
sportsespnklay thompsongolden state warriorsnba free agencykevin durantnba
Copyright © 2020 ESPN Internet Ventures. All rights reserved.
More Videos
From CNN Newsource affiliates
TOP STORIES