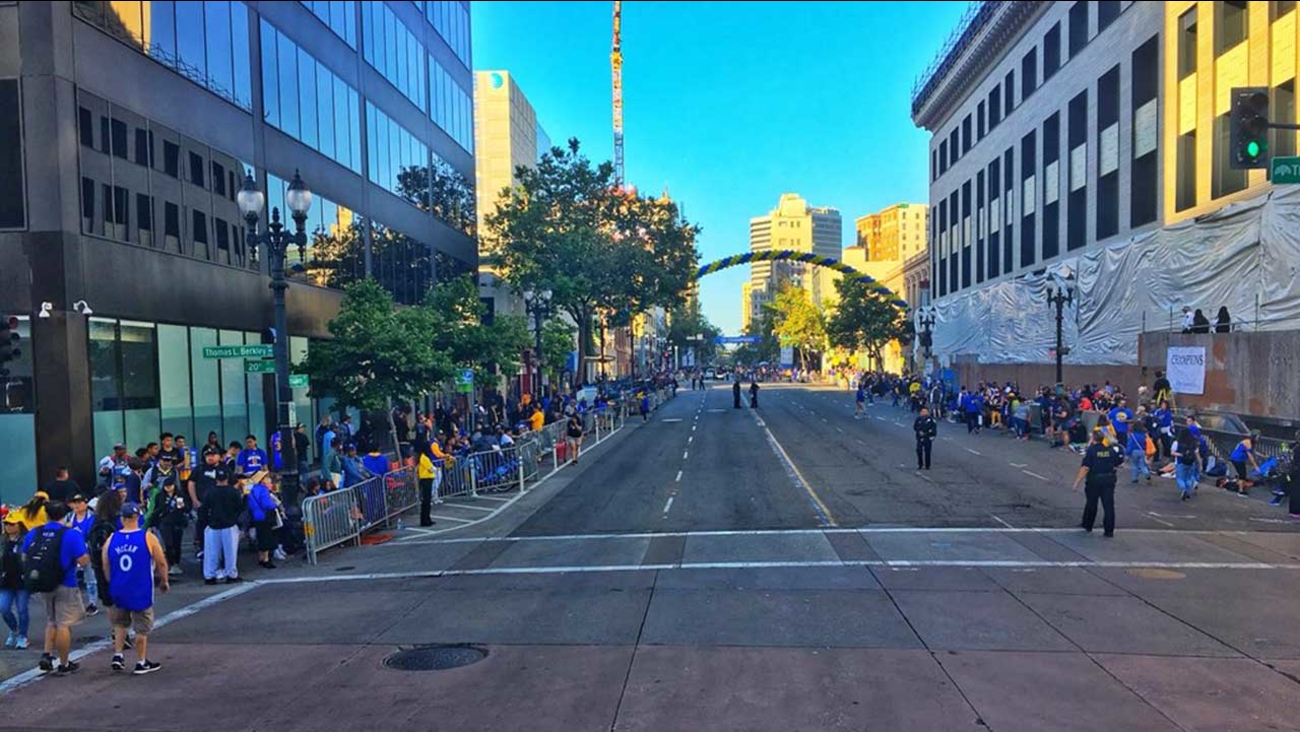 Golden State Warriors fans in gold and blue T-shirts and holding signs that read "Dynasty" are already lining the streets along the team's parade route in Oakland, California.

Hundreds of fans have taken their places behind barriers set up along the route early Tuesday, four hours before the celebration is set to start at 11 a.m.

The parade will start at Broadway and 11th Street in downtown and the team has promised to interact with fans more than in previous years.

The NBA champions have gone back-to-back, beating LeBron James and the Cleveland Cavaliers 108-85 on Friday night to finish off a four-game sweep of these NBA Finals. It was the fourth consecutive finals between the clubs.

It was their third championship in four years.