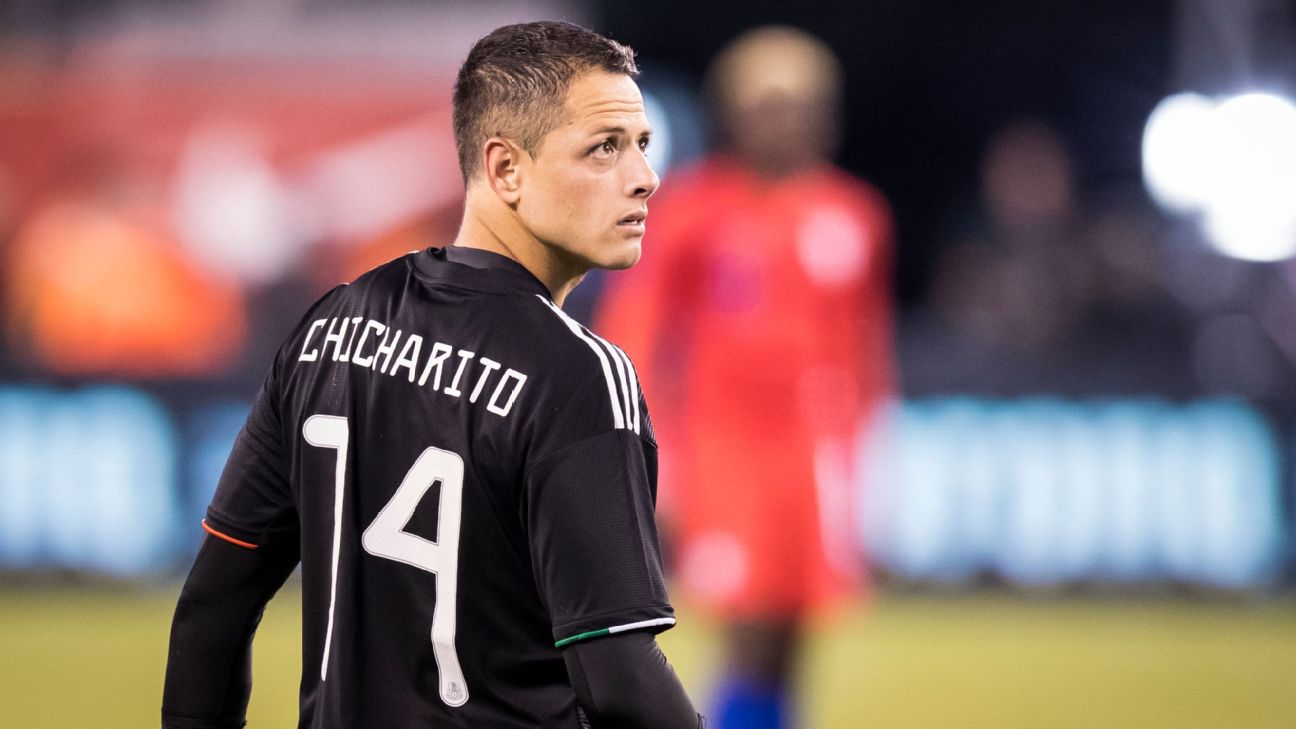 Javier "Chicharito" Hernandez welling up while explaining to his parents that "our" European dream was coming to an end was a rare glimpse into the delicacy of the decision-making process of an elite athlete.

The "beginning of retirement" quote was used in some quarters to suggest that Hernandez knows his competitive career is over, or that he's moved to LA Galaxy exclusively for the paycheck. But the emotional conversation -- all recorded for the world to see -- with his parents also provided an insight that Hernandez had covered up about his frustration at not playing.

The key quotes from the episode of his "Naked Humans" YouTube show weren't necessarily the bit about retirement, but when Hernandez said "[leaving Europe] is more [sad] because I know I can still do it" and, while fighting back the tears, "the only thing I want is to play."

Fast forward a few days and Hernandez struck a very different figure in his introductory press conference for the Galaxy. The Mexican spoke at a rate of a thousand words per minute, as he tends to do, in both English and Spanish, and cut a positive figure. If he isn't genuinely excited about his new challenge in MLS, then he did a good job of pretending to be.

Off the field, Hernandez got married and became a father last year, but on it he failed to earning a regular starting spot, first at West Ham United and then Sevilla. In 2019, Hernandez netted five league goals and only started 12 league matches.

It was hard not to feel a twinge of nostalgia when Hernandez -- likely to go down as Mexico's third-best ever player after La Liga legends Hugo Sanchez and Rafa Marquez -- mentioned Sir Alex Ferguson and scoring the last Manchester United goal of his 27 years in charge.

"I went from doubting whether to retire at Chivas to playing at Manchester United within a year and a half," he reminisced. "No one imagined that Alex Ferguson would retire and I scored the last goal of his era."

The irony of the El Tri's starting No. 9 Raul Jimenez netting for Wolves against Liverpool just minutes before Hernandez began to speak on Thursday won't have been lost on Mexico fans. The baton at national team level was left in the air after the 2018 World Cup, but Jimenez has taken it under Gerardo "Tata" Martino and run away into the distance.

Indeed, Hernandez wasn't asked about his national team future at his introductory press conference and there remains a doubt over the status of Mexico's all-time highest goal-scorer. Hernandez's friend and Monterrey star Miguel Layun has talked of being "stabbed in the back" by people within the federation and, while Hernandez's situation may not be exactly the same, his name was notably absent from Martino's October and November call-ups.

But there's a wider issue at play in Hernandez moving to MLS and what it means for Mexican football. On an individual level, few would begrudge Hernandez his substantial payday. He played for two of the world's three biggest clubs and became the figurehead of Mexican soccer for a decade. Hernandez doesn't owe Mexico anything. As many have already pointed out, it was the right moment to move to a city like Los Angeles, which, it is often claimed, has more people of Mexican descent than even Hernandez's home town of Guadalajara (Mexico's second biggest city).

But for Mexican soccer in general, Hernandez's move away from Europe is part of a trend of players returning to North America. There's been a drop from 17 Mexican players in the Old Continent only a couple of years ago to just 10 today. For anyone who subscribes to the theory that Mexico will challenge at the later stages of World Cups when it has more players playing at the highest level, Hernandez's move is the latest cause for concern.

The reality is that the big-name Mexican player can often command a higher salary and transfer value in MLS and in some cases also in Liga MX. Heading into Major League Soccer's 25th season, the two highest profile players in the league are both Mexican and both play in Los Angeles: Carlos Vela and Hernandez.

Jimenez continues to be a sensation in the Premier League, but Martino probably hasn't liked too much of what he has seen of late for the other Mexicans in Europe. Of the other nine Atletico Madrid's Hector Herrera is the only one playing at an elite club. The group of Nestor Araujo(Celta Vigo), Jesus "Tecatito" Corona(Porto), Omar Govea(Zulte Waregem) and Andres Guardado(Real Betis) are regulars at their respective clubs, but younger players Diego Lainez(Real Betis), Erick Gutierrez(PSV Eindhoven), Edson Alvarez(Ajax Amsterdam) and even Hirving "Chucky" Lozano(Napoli) haven't started many games of late.

In the days following the Hernandez announcement, the Galaxy sold twice as many season tickets as they did from signing Zlatan Ibrahimovic, according to a report in The Athletic. There were 160 accredited members of the press and 60 TV cameras at Thursday's introductory press conference. The Chicharito effect will be almost certainly be seen this season in attendances when the Galaxy plays all around MLS, plus in TV viewing numbers.

The Mexican sports star and fan is a highly valuable commodity over two markets. Mexican boxer Saul "Canelo" Alvarez was the fourth highest-paid athlete on the planet in 2019, according to Forbes. He made that money from fighting and selling pay-per-view packages in the United States. Mexico men's national team games in the U.S. averaged 57,546 in 2019 (compared to 23,306 for the U.S. men's national team), while the NFL and NBA have both held regular season games in Mexico City in recent months, with MLB scheduled to do the same in April.

Given all that, would it be any real surprise if Monterrey duo Rodolfo Pizarro and Carlos Rodriguez or Cruz Azul's Roberto Alvarado were in MLS in two years time? Or if Corona was attracted to the league from Porto? And if Gutierrez continues to struggle with PSV Eindhoven that MLS clubs looking for a cultured midfielder or a Liga MX clubs with money to splash (read Tigres, Monterrey, Club America, Cruz Azul or Chivas) bring him back to North America?

It raises a question about the future of Mexico's men's national team: Does there come at tipping point at which El Tri's best bet at having players playing their club soccer at the elite level is to hope that MLS and Liga MX -- individually and through the partnership -- become leagues that can compete with Europe's best?

It's a stretch at this point. MLS is still behind Liga MX and Europe's elite is a magnet for specialist soccer talent both on and off the pitch. And there is some hope that the next generation of Mexican players will make the jump to Europe soon: Chivas striker Jose Juan Macias looks like he can follow in Hernandez's footsteps, Monterrey's Rodriguez has the class to perform at the elite, as does Alvarado. Already in Europe, Lozano, Alvarez, Lainez and Gutierrez may see their fortunes change in the second half of the 2019-20 season.

But movement of players in the world transfer market is governed largely by money and Hernandez's move to Galaxy is another reminder that the appeal of MLS -- and to a degree Liga MX -- over Europe for a Mexican player is stronger than ever. 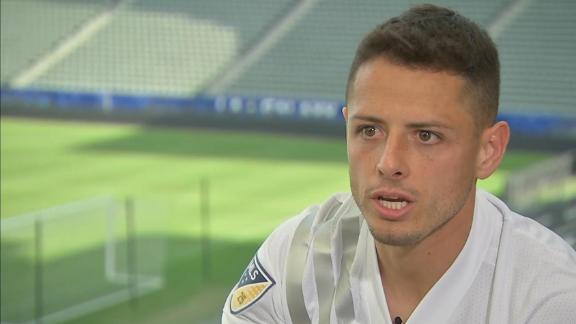 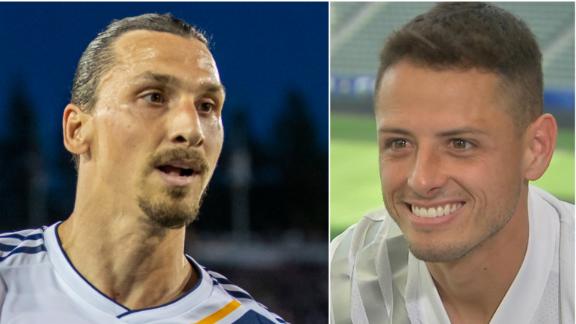 EXCLUSIVE: Chicharito not at LA Galaxy to fill Zlatan's boots
Javier Hernandez says he joined LA Galaxy to win a championship, not to be Zlatan Ibrahimovic's replacement. 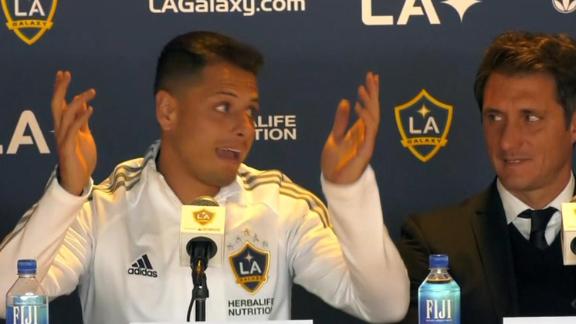 Chicharito: People in my country 'obsessed with drama'
Javier Hernandez clarifies his "retirement" comments, saying his career could last until he's 40. 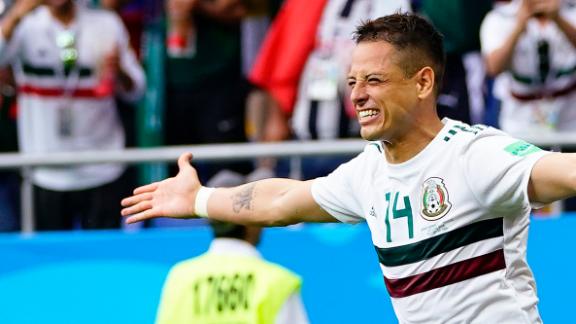 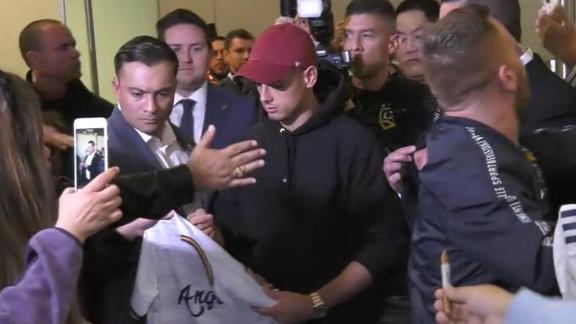