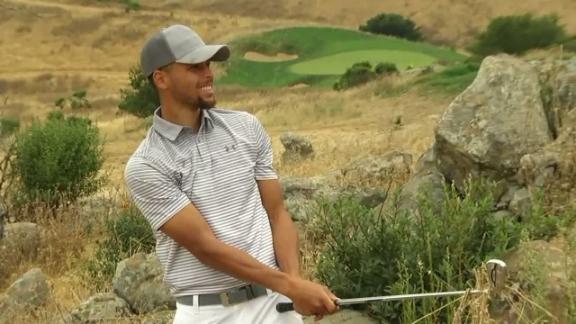 AKRON, Ohio --Steph Curryshould be applauded for what he did for golf the past few days, bringing considerable attention to a minor league tournament while at the same time showing just how good the professionals who play the game for a living are at their sport.

Curry was a long shot to make the cut at the Ellie Mae Classic, a Web.com Tour event that few outside of Northern California and the families of the participants would have known or cared about were it not for the participation of the NBA star/avid golfer.

That he showed considerably more skills than many thought he would was a bonus, and it is admirable that a worldwide sporting icon was willing to set himself up for abuse playing a game that can be humbling to the best in the world.

His opening-round 74 included three birdies, and while he is no threat to take anyone's place inLeBron James' hometown at the WGC-Bridgestone Invitational, several of those here were impressed. Rickie Fowler and Justin Thomas were among those who took to social media to commend Curry for his opening-round effort, and many others were curious about how he was doing.

"I'm intrigued by that whole thing," two-time major championship winnerZach Johnsonsaid Friday before Curry shot his second consecutive 74 to miss the 36-hole cut. "Mildly to pretty impressed, actually. I've never seen him play. I don't know that golf course. But it doesn't matter -- you have to put the ball in the hole. Four over? First round as an amateur in a professional tournament, that's pretty good."

None of this, of course, has halted the detractors who feel Curry should have been nowhere near a professional event where guys are playing for their livelihoods on the developmental tour, which is a steppingstone to the more glamorous and lucrative PGA Tour.

More than a few pros who have been on the outside looking in or clamoring for playing opportunities grumbled about the sponsor exemption Curry received back in June. They lamented the missed opportunity for some fledgling pro who would be banished to the sideline (in reality, a myth) while Curry -- who makes millions playing professional basketball -- got to fulfill a dream at their expense.

Then there were the golf purists who shuddered at the folly of a player from another sport taking a spot in a tournament. It's not a pro-am or a charity event but a real golf tournament that offers world ranking points, prize money and the chance for players to advance their careers. This is a golf tournament after all, right?

While those arguments might have some merit, they are shortsighted and miss the point.

How could it be bad for golf that a two-time NBA MVP who has 9 million-plus Twitter followers -- over 3 million more than Tiger Woods -- loves the game and wanted to test himself in competition?

"I've heard both sides, I see both sides," Johnson said. "I don't know if he's taking a spot from a guy who potentially could use that down the road. I don't have any idea. But I also see the positives. It's a pretty awesome light to the tournament, which brings a huge light to the charities, the sales. There's definitely a lot of positives. It's one guy, one week."

Curry was never going to be a threat to those Web.com Tour players, who are fractions away from being on the big tour. But in the first round, he managed to beat one of his playing competitors, Sam Ryder, who recently won a Web.com event. He also beat Aaron Wise, who has performed well enough this year to be promoted to the PGA Tour next season.

Casey Wittenbergis another player Curry beat. Wittenberg has finished in the top 10 at a U.S. Open, and in 2013 he was paired with Woods during the final round of The Players Championship -- which Woods won.

"Clearly he's quite good," said England'sPaul Casey, a veteran PGA Tour player. "Very cool. I was asked if I thought he was going to break 80, and that's the hand grenade question. But 4 over is really good. It's a lot of pressure, and he exceeded my expectations."

Perhaps the biggest misconception is that Curry denied somebody else a chance.

The basketball star received one of the tournament's two unrestricted sponsor exemptions. At regular domestic tournaments, these two spots are awarded at the sponsor's whim -- and rarely to a player who couldn't otherwise get in off his Web.com Tour status. (The PGA Tour, which typically has eight sponsor exemptions each week, also usually has two that are unrestricted.)

Colt McNealy, an amateur from Northern California and younger brother of Maverick McNealy, the top amateur in the country last year, received the other unrestricted exemption at the Ellie Mae Classic. He shot 83 in the first round.

Typically the spot Curry received goes to a local club pro or an amateur -- in other words, someone who is not trying to make his living on tour. A few weeks ago at the Lecom Health Challenge in Findley Lake, New York, the unrestricted exemptions went to Dwayne Randall, the director of golf at the host resort, and Ryan Swanson, the men's golf coach at nearby St. Bonaventure.

Swansonshot 88-87. Not to pick on Swanson, but there was no outcry about his exemption, and yet he is an example of how these playing opportunities are handled. Of the 29 unrestricted exemptions given prior to this week in domestic Web.com events, just five times did a player make a cut.

Given that background, it is a surprise anyone would begrudge Curry his spot. He's an avid golfer, brought attention to an event that otherwise would not have received anywhere near it -- which, of course, is the ultimate intent of the sponsor -- and he acquitted himself quite nicely.

"He brings more fans to the golf tournament than the rest of the tournament combined by probably 100 times," said Nicholas Thompson, who led after a first-round 63 at TPC Stonebrae in Hayward, California. "It's getting our names out there. It's better for all of us. I think it was a good choice by the tournament to give him a sponsor's invite, and from what I understand he's a very class act. And, I mean, 74 is good. Hats off to him."

The hope is that those who attended just to watch Curry might see the benefit in returning to another tournament. Perhaps they see enough in the game to start playing it themselves. And if they don't, what is the loss? The tournament got some exposure, sold a few more tickets, and the sponsor -- who ultimately helps pay the purse for those competing -- is happy.

As they might say in Curry's chosen sport: no harm, no foul. 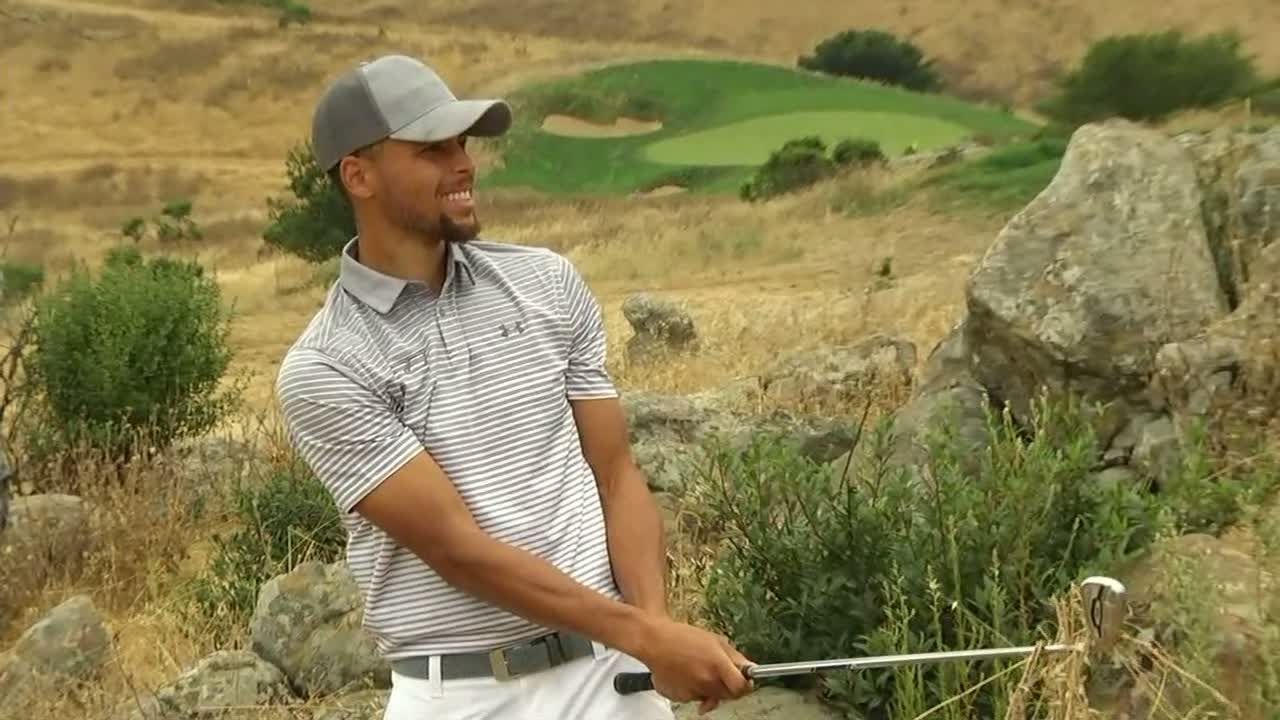