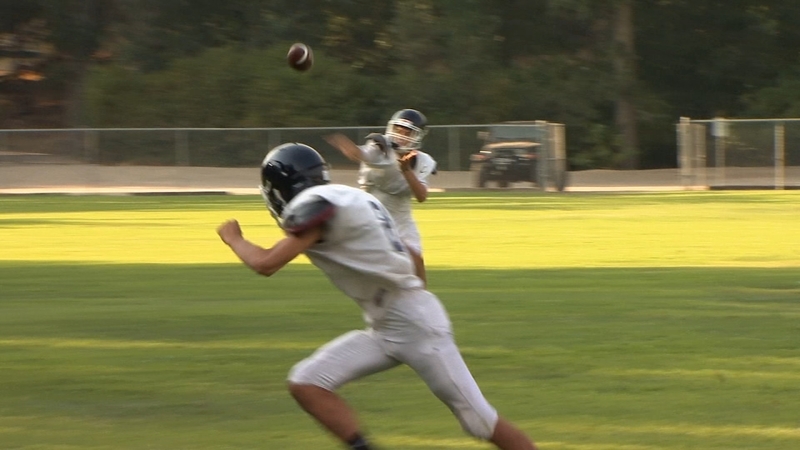 OAKHURST, Calif. (KFSN) -- For only the second time in two weeks, Yosemite High School football players were able to practice outside on Thursday.

Smoke from the Ferguson Fire kept the Badgers in the gym for days.

Mansfield says being in the confined space also made it difficult for them to execute drills.

"Timing between quarterbacks and receivers and even running backs getting through the holes, just the timing is all off," he said. "Because we're in a confined space, even with the grip, you can't get grip in the gym with tennis shoes."

But on Thursday, they were back on the field with their cleats.

Coach Chance Sigala does not know how long this will last since the 21-day old wildfire is still burning up the road.

"It's very visible, I've been able to walk outside and can tell it's a smoke cloud."

That is why he is often monitoring the air quality to make sure his 45 players are practicing in safe conditions.

"The firefighters around here put up some sensors, so we're able to get more accurate readings to figure out what the particle levels are and if they are low enough, we're practicing," Sigala said.