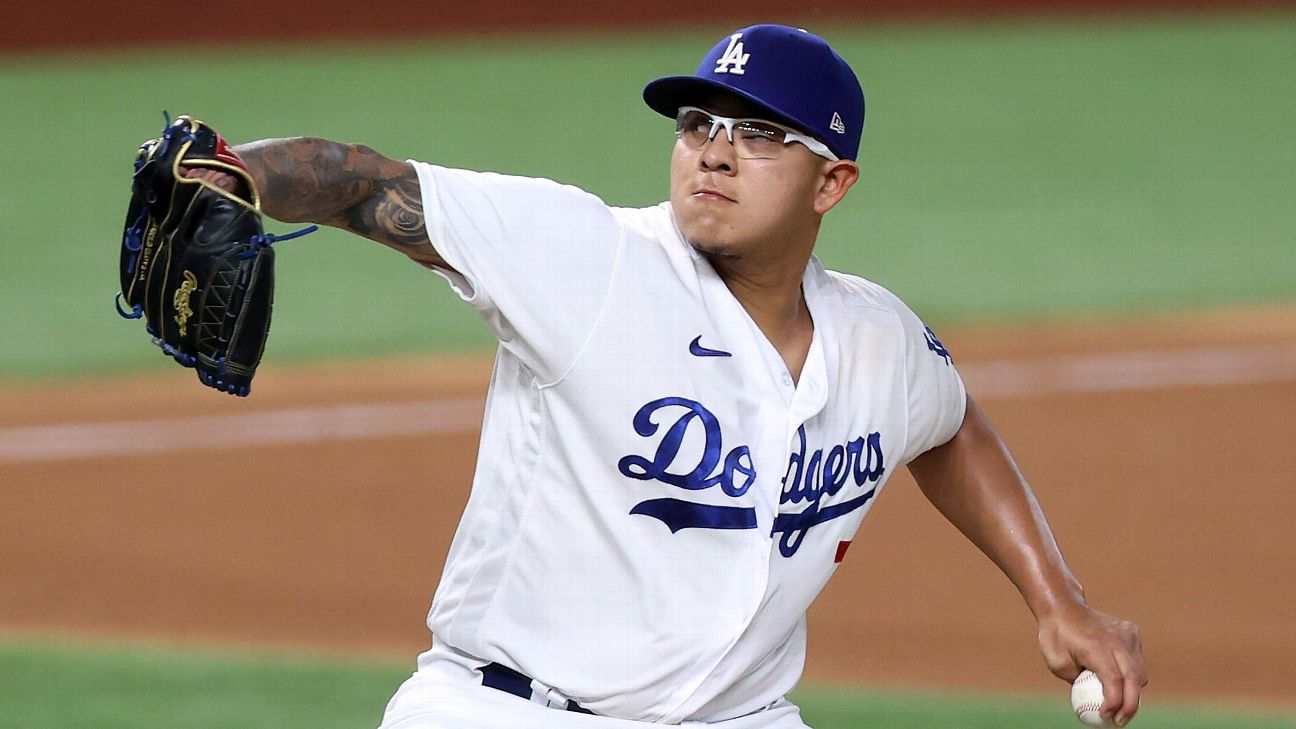 After all the oddities of the MLB regular season and postseason, the 2020 World Series pits baseball's top two teams against each other, which doesn't happen every year. And while we've grown accustomed to seeing the Dodgers playing for the championship, this is the first Fall Classic for the Rays since 2008 and only the second in franchise history.

Here's what you need to know for Game 4 on Saturday night, including a look at the pitching matchup, predictions, odds, other key numbers and more.

Heading into the series, I thought Game 4 looked like the game that might be the most important, the game most likely to be the tipping point on who ultimately wins. Before Game 1, it looked like a potential bullpen game for both teams, but since the Dodgers did not have to use Julio Urias in their bullpen effort in Game 2, he's now ready and rested for a conventional start. The Rays, meanwhile, will hope Yarbrough can keep the first three batters (Mookie Betts, Corey Seager,Justin Turner)under control well enough to help him get through the first three or four innings.

The pitching advantage on paper in the first half of the game goes to the Dodgers. Urias has been outstanding in the postseason, allowing two runs (one earned) over 16 innings, culminating with his nine up, nine down effort to close out Game 7 of the National League Championship Series. Long a heralded prospect, Urias debuted for the Dodgers in 2016 at 19 years old, battled some shoulder injuries and has been nursed along slowly the past couple of seasons. He is still just 24 but has already made 16 postseason appearances, so the moment shouldn't be too big for him. He works off a 94 mph fastball, with an excellent curveball and a changeup he throws to right-handers. Both the fastball and curveball come with a high spin rate, helping Urias induce a lot of soft contact even though his swing-and-miss rate is below average (although it's been higher in the postseason).

Yarbrough is a soft-tossing lefty who needs his cutter working to get in on the hands of righties. It was a great pitch for him in 2019 (.200/.230/.338 against RHB) but hasn't been as effective in 2020 (.317/.376/.510). Given the state of the series, Rays skipper Kevin Cash will have to play all his cards in this game, which could mean a quick hook for Yarbrough if he gets into trouble. Cash can't let it get out of hand early without getting his top relievers into the game. That shouldn't be an issue since Friday's blowout meant Nick Anderson,Pete Fairbanksand Diego Castillo didn't pitch.


Two wild cards to watch for: First, the Dodgers are playing a little small ball, with Betts stealing bases and the Austin Barnes sacrifice squeeze bunt in Game 3; and we still don't know who the Dodgers' closer will be in a close game. --David Schoenfield

Schoenfield:The Tampa Bay offense is still struggling, barely hitting over .200 in the postseason. The Dodgers, meanwhile, continue to do a lot of their damage with two strikes -- all five of their runs off Charlie Morton in Game 3 came with two strikes (and two outs). I like the way Urias has been pitching, and the Rays' lineup against lefties has featured Hunter Renfroe and his .156 average hitting cleanup. Maybe he runs into something. I'll bet against it. We are due for a close game, however.Dodgers 3, Rays 2.

Alden Gonzalez:The Dodgers' offense looks dialed in -- almost as much as their Game 4 starter, Julio Urias, who has allowed one earned run over 16 innings this postseason. The Rays will counter with what amounts to a bullpen game, giving the Dodgers a premium opportunity to take control of this series. They know it, too. Dodgers 9, Rays 3.

Dan Mullen:I'm starting to have serious doubts that we'll have baseball to watch after this weekend now that the Dodgers have a 2-1 series lead, as the pitching just does not set up well for the Rays the next two nights. Having Urias head to the mound in Game 4 isn't quite like having Clayton Kershaw or Walker Buehler, but it is a clear advantage over the bullpen game the Rays are going to deploy. There's a very good chance that means we see Kershaw on the mound with a chance to clinch in Game 5.Dodgers 6, Rays 3.

With his ninth-inning home run in Game 3, Randy Arozarena of the Rays set an MLB record for total bases in the postseason (52) with his 23rd hit of the postseason -- a single-season record for postseason hits by a rookie, and now he's just three hits shy of Pablo Sandoval's mark for any player in a single postseason at 26, set with the Giants in their 2014 title run.

Cody Bellinger managed to one-up ... Cody Bellinger. The Dodgers outfielder had held this crown since he robbed Fernando Tatis Jr. of a home run in a thrilling Dodgers-San Diego PadresNL Division Series Game 2; but his NLCS-deciding Game 7 home run to put Los Angeles in the World Series was just enough to take over the top spot.

Randy Arozarena has gone from an unknown outfielder to this October's breakout star. Going into the playoffs, you might have been asking, "Who is this guy?" But the Rays' trade for him has been a huge factor in their postseason run. His eight long balls havemade a big impression -- tying him with Barry Bonds, Carlos Beltran and Nelson Cruz for the record for most home runs in a postseason. Arozarena also has set a postseason record with 52 total bases, leads all players in hits (23) and is second in runs (15). And he has been flashing some leather in the outfield andsome sweet celebration dance moves on the field. 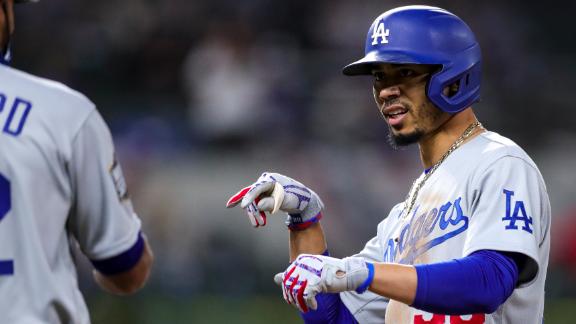