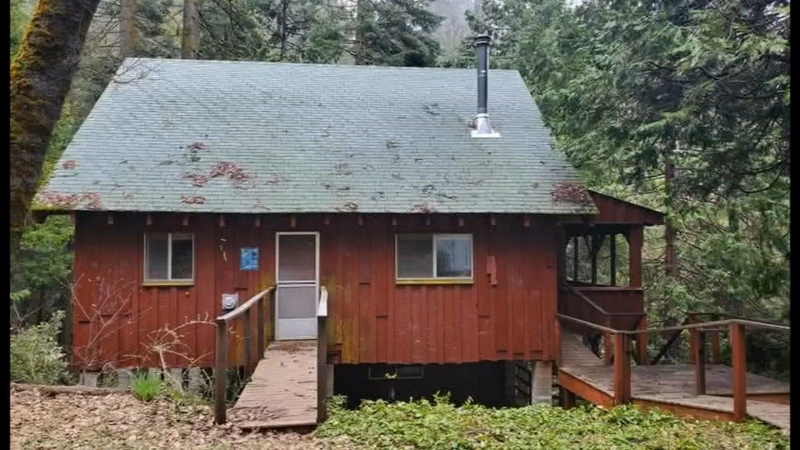 FRESNO, Calif. (KFSN) -- In the late '90s, a rustic cabin along Balch Park Road became a weekend getaway for the Sparlin family of Tulare.

It had three layers: a storage area on the bottom, a living space above, and a loft at the top.

But now, it's a gone-a casualty of the Castle Fire, which makes up the bulk of the massive SQF Complex.

"Our goal was to hopefully leave the property to one of our children," Tina Sparlin said. "So now we're kind of up in the air what we're going to do if we're going to rebuild or just sell the lot."

Damage inspections are still ongoing, but officials say 150 homes and cabins have been destroyed by the fire, mainly in the areas of Sequoia Crest, Alpine Village, and Cedar Slope.

But farther north in the west zone of the fire, it wasn't just Sparlin's cabin that was wiped out.

The fire also destroyed some of her family's properties where, years before buying a place of her own, she made many happy memories as a child.

Her parent's cabin and cousins' cabins are gone. A giant tree stump stands amongst the ruins at her parent's property.

"And the stump kind of was the centerpiece for all of us," Sparlin said. "Most of us remember climbing on the stump and having memories of the stump."

Sparlin found out on Friday that their cabin didn't survive the fire.

They had just visited in August and spent some time clearing brush around the property.

Unfortunately, that wasn't enough to avoid the Castle Fire's path of destruction.

She hopes to return to the area soon to see if there's anything left.