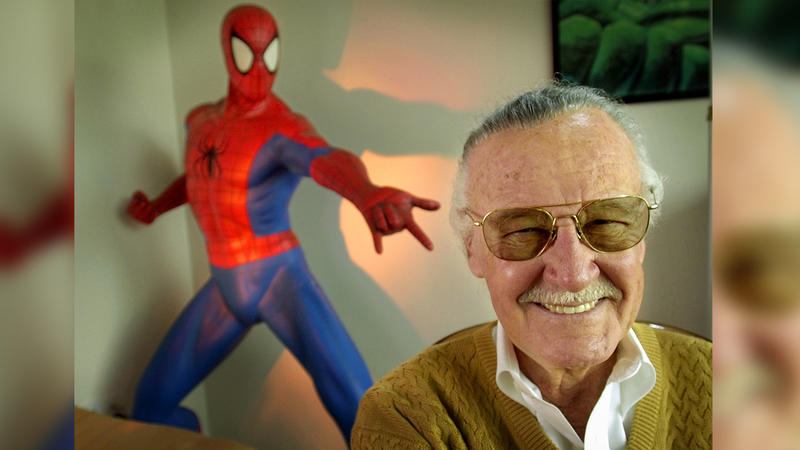 Stan Lee, the creator many of Marvel's iconic characters, has died at age 95.

The writer, who has been called by many the architect of the contemporary comic book, passed away on Monday at Cedars-Sinai Medical Center in Los Angeles, family attorney, Kirk E. Schenck, said.

Lee had suffered several illnesses over the last year or so. After a hospital stay earlier this year, Lee said of the support, "I didn't realize the whole world was worried about whether I was in the hospital or not."

"I think having fans is one of the greatest things," he continued. "I can never say how grateful I am for it."

Marvel comics co-creator and legend Stan Lee had his handprints and footprints immortalized in cement at the TCL Chinese Theatre Tuesday.

Lee started at Marvel in 1961 by creating The Fantastic Four with Jack Kirby. He went on to create or co-create many iconic characters, including Spider-Man, Black Panther, The Incredible Hulk, X-Men, Iron Man and The Avengers.

He was known for creating not just superheroes, but complicated characters that struggled with their power, responsibility and own humanity. The Fantastic Four fought with each other. Spider-Man was goaded into superhero work by his alter ego, Peter Parker, who suffered from unrequited crushes and money problems. The Silver Surfer, an alien doomed to wander Earth's atmosphere, waxed poetic about the woeful nature of man. The Hulk was marked by self-loathing.

Lee told ABC News at Comic-Con in 2012 that Spider-Man was his favorite character he created.

"Because, my publisher didn't want -- when I told him the idea, he hated it," Lee said. "Hated it. So we had a book we were going to kill. And when you're gonna kill a book, nobody cares what you put in the last issue, you're killing it. So I put Spider-Man in it, and put him on the cover. And the book sold like crazy. My publisher came running into me a month later when we got the sales figures and he said, 'Stan, you remember that character of yours, Spider-Man, that we both loved so much? Let's do a series of it.' And that moment, I think, was the crowning moment for me."

Bob Iger, the Chairman and CEO of the Walt Disney Company, which owns Marvel, released a statement paying tribute to the icon.

"Stan Lee was as extraordinary as the characters he created. A super hero in his own right to Marvel fans around the world, Stan had the power to inspire, to entertain, and to connect. The scale of his imagination was only exceeded by the size of his heart," he said.

Lee's wife, Joan Clayton Boocock Lee, to whom he was married for more than 60 years, died last year also at age 95. He is survived by his daughter, J.C.