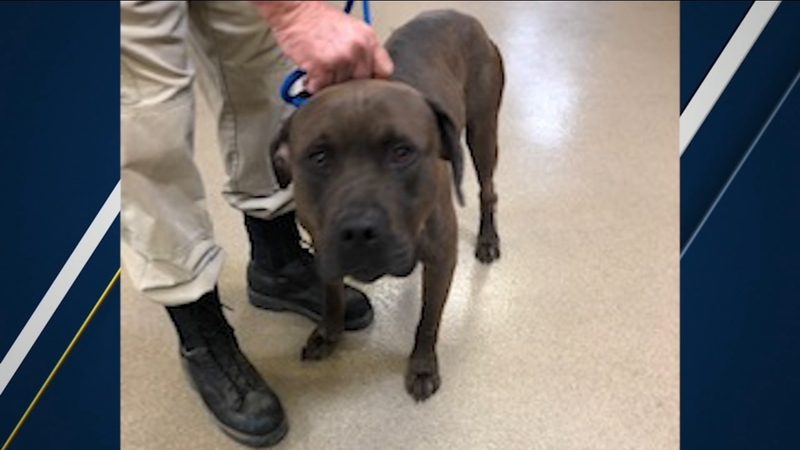 Tulare County officials are asking for the public's help in locating a dog they consider dangerous.

He was stolen from the Visalia Animal Care Center.

The animal was being housed at the facility after it killed another dog.

The problem is the dog was not chipped, and there appears to be no video evidence of the break-in.

"During the investigation, it appeared that someone had gained access over the fence made their way to the area where the animal was being housed and broke the lock to his kennel and removed him from the facility," said Visalia Police Sgt. Gary Williams.

The dark brown Pitbull mix named "Choco" was placed in quarantine and ordered by the County to be euthanized after a dog on dog attack that resulted in the death of a German Shepherd.

"That was part of the determination is that the owner was negligent in keeping Choco contained on the property," said Patrick Hamblin with Tulare County Animal Services.

Police are working to track down the people responsible for taking the dog, as they face a list of violations.

"Grand theft of a dog, breaking into the complex, we are working that case, and if those individuals are identified they will be prosecuted," said Sgt. Williams.

No other animals were harmed or stolen during the break-in.