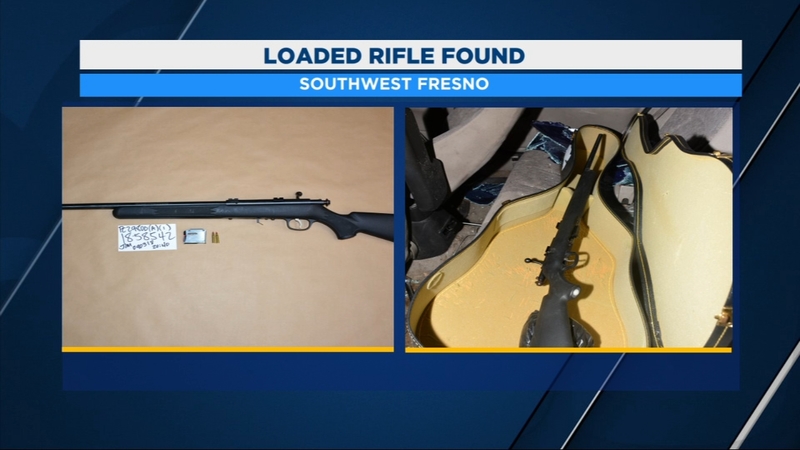 Officers found one of those weapons, a nine-millimeter handgun, during a traffic stop Monday. They arrested 41-year-old Terry Bowlin after officers found the gun was reported stolen from the city of Fresno.

Bowlin was charged with being an ex-felon in possession of a firearm and other firearm-related charges.

Earlier in the day, officers recovered another one of those guns during a traffic stop near Van Ness and Belmont in Southwest Fresno. This one was stolen out of Merced County.

They saw the gun sitting at the feet of the passenger, 20-year-old Christian Wilds, inside the car. He admitted to recently buying the gun from an unknown source. Wilds was taken into custody.

And police discovered the last illegal gun, a rifle, while searching a car during a traffic stop in Southwest Fresno. It happened Monday night near the area of Sylmar and Hedges when officers pulled over 33-year-old Alfonso Ramos.