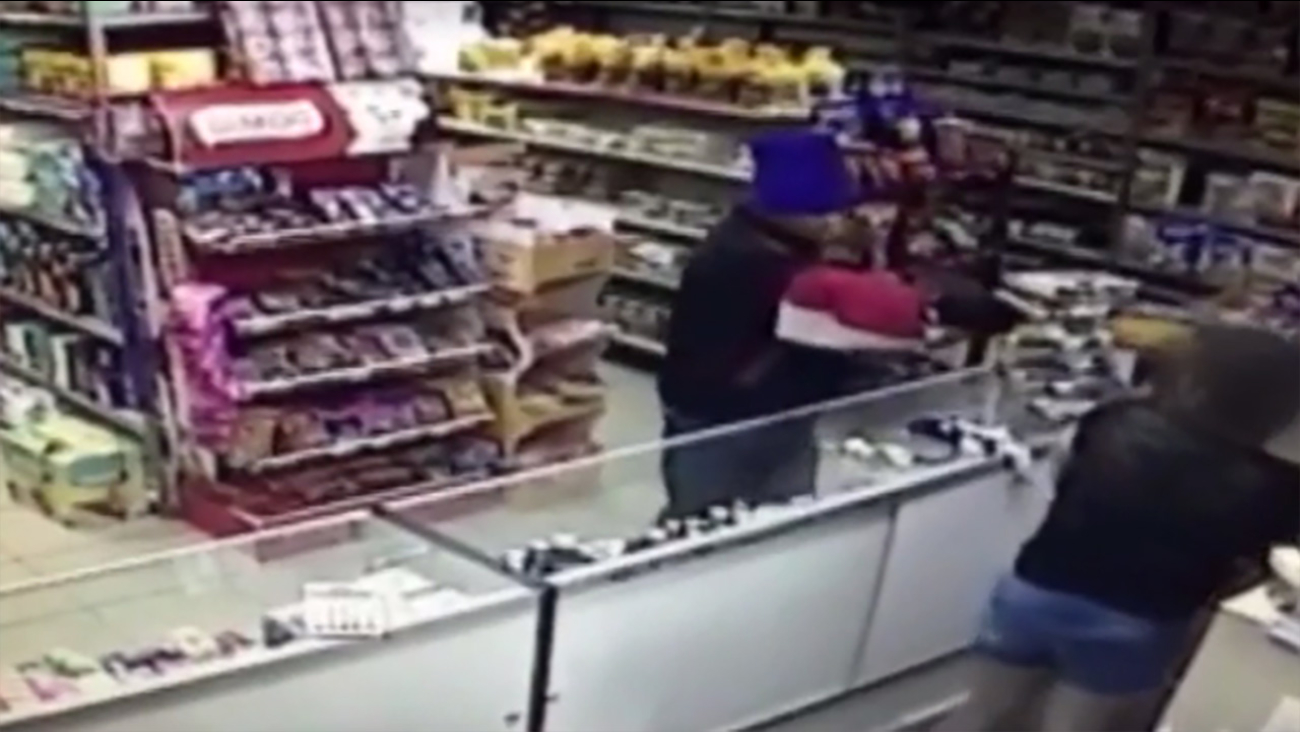 GASTONIA -- An armed robbery at a Gastonia convenience store had some tense moments as the gunman trained his handgun on the store clerk as she held her baby.

The incident was captured on a store security camera.

The robber fired two shots before leaving the store with cash.

The clerk told WSOC that at one point, she and the man who came running in with a gun had a normal conversation.

She thought he had given up on the plan to rob the store, then one casual smile ignited a burst of anger.

The video shows the man wave a gun at the clerk as she leans back holding her 1-year-old daughter tightly.

Police said another man stood lookout outside of the Mini Mart on Bessemer City Road.

She said she tried to stall him.

"He pointed the gun at me all the way to the register," the clerk said.