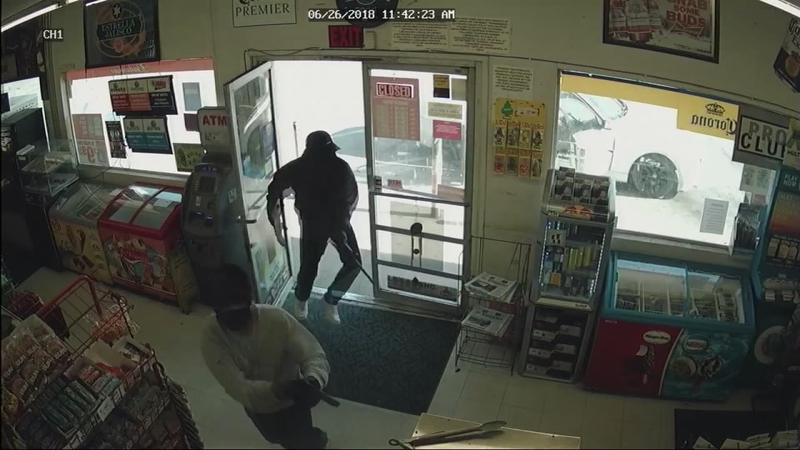 FRESNO, Calif. (KFSN) -- It's a familiar feeling of fear for employees at the Strathmore Handy Mart and loyal customers want the store's most recent attackers caught.

Surveillance video from Tuesday morning shows the moment two masked robbers pull up to the store, then run in armed with a handgun, and an AR-15 rifle.

"The store clerk did suffer a minor cut to his cheek he was pushed down by the first suspect the one with the handgun, but he did comply with them, he kept his hands up the entire time," says Liz Jones with the Tulare County Sheriff's Office.

Tulare County sheriff deputies say it happened around 8:30 am and describe the suspects as both about 5' 10" and one with a light complexion.

One man was dressed in a white long sleeve shirt and jeans, and the other in all black.

This isn't the first time the store has been targeted. Just over a year ago, a clerk was attacked by a teenager who stole alcohol but was caught and arrested later.

Employees say they're not sure why they've become victims again.

"I hope they get caught. I fear for the people that work here. They work hard just like everybody else in the community, and I hope they do get caught because they could have killed someone," says Moreno.