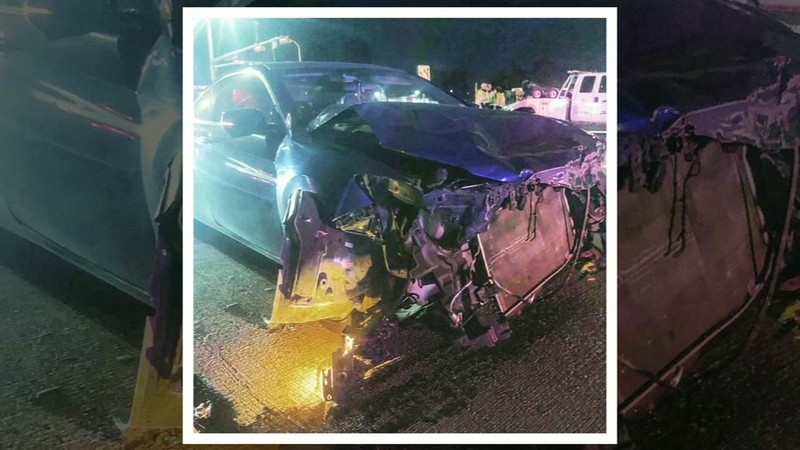 KATY, Texas -- A mother says she feels blessed she and her son walked away from a high-speed chase crash without any serious injuries.

"We are divinely blessed," said Rebecca Kirby. "This is mostly not how it ends."

It was a Friday night, a traffic light had turned green at 99 and Bayhill, and Kirby was driving through the intersection, her 7-year-old son buckled into his booster seat when everything changed.

Unknown to Kirby, a suspected street racer was on the run from a DPS trooper and other law enforcement, when he hit her car.

The impact focused on the driver's side quarter panel of Kirby's car, knocking her car's engine loose.

"He didn't clip my car, he went through it," she said.

The impact sent the suspect's car out of control, overturning until it finally stopped beside the roadway. The driver was taken to a hospital, and law enforcement said he would be taken into custody after his release.

Remarkably, neither Kirby nor her son, Logan, sustained any serious injuries from the crash. Logan had a bruise from his seat restraint and his mother said she had a few sore muscles, but nothing more than that.

She hopes it sends a message to others who race on freeways, highways, or side streets.