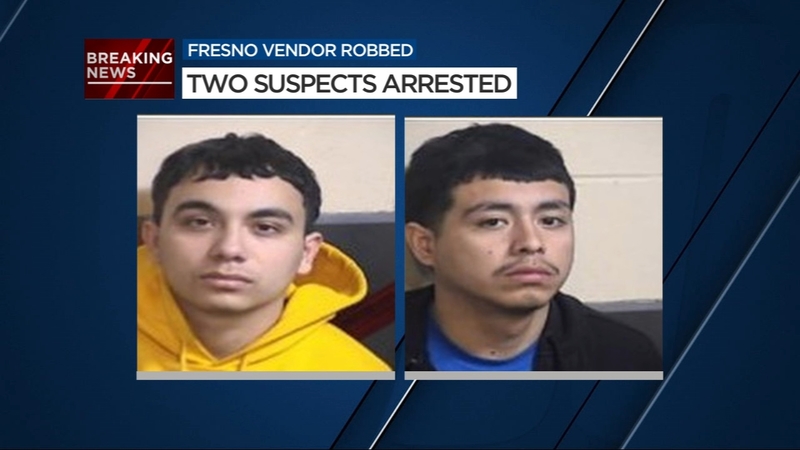 FRESNO, Calif. (KFSN) -- Two men have been arrested after police say they robbed a street vendor in southwest Fresno earlier this month.

Fresno police say on February 13, they were informed a street vendor was robbed on C and Ventura Streets.

The woman told police she was selling Valentine's Day gifts when three men approached her. Police say they grabbed items and ran towards a car.

The victim tried running towards the men but was threatened and had a gun pointed at her.

Police were able to identify Miguel Perez and Daniel Chavez as two of the suspects.

On February 15, police found them in a car with a gun. Officers arrested both men and booked them in the Fresno County Jail on multiple charges.

A search warrant was conducted and more items stolen from the woman were found.

Police are still searching for the third suspect at this time.