Study: Fresno drivers some of the worst in the country

Study: Fresno drivers some of the worst in the country (Source: Quotewizard)
KFSN
By ABC30 Webstaff 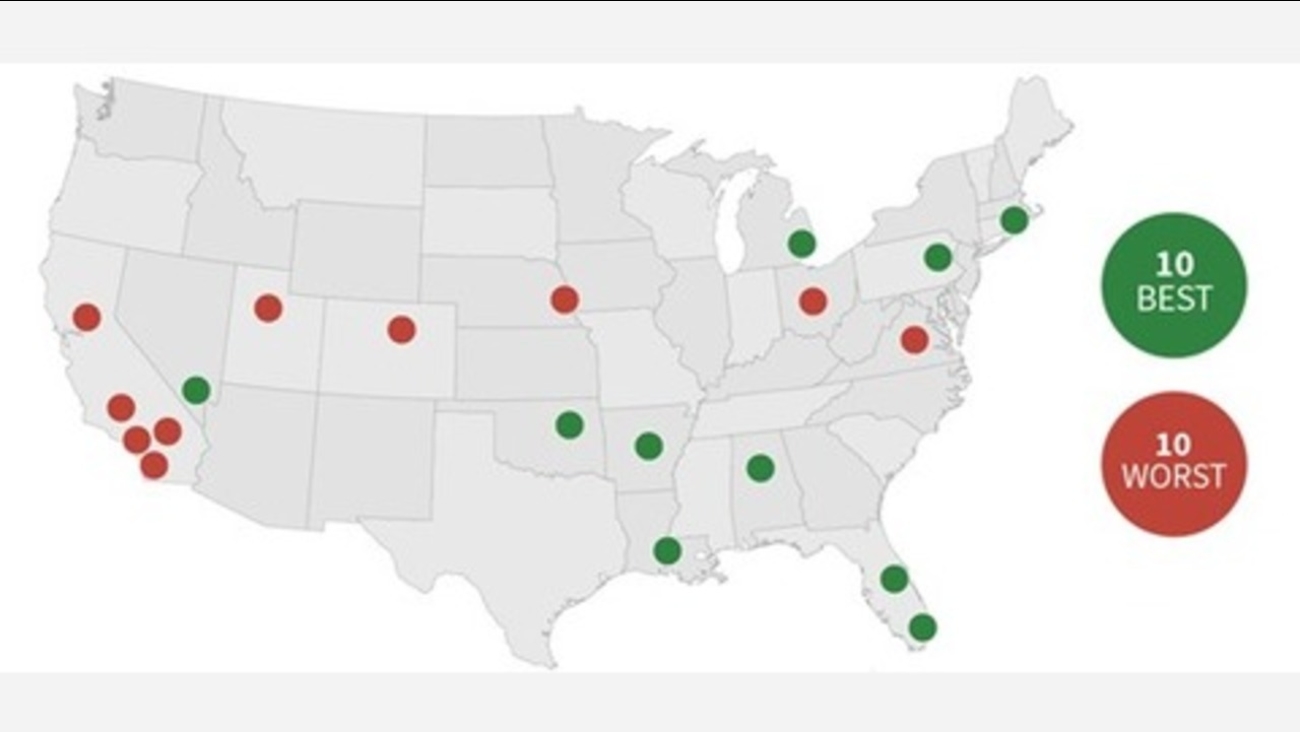 FRESNO, Calif. (KFSN) -- Fresno drivers are more prone to accidents, speeding tickets, DUI's, citations such as running reds lights, and using a cellphone while driving than most other large cities in the Country.

According to online insurance marketplace 'Quotewizard', out of the 75 most populous metro city areas, Fresno is the 15th worst driving city in the nation.

Travel a little further north up Highway 99 into Sacramento and you'll bump into the worst drivers in their study. Sacramento finds itself in first due to the highest rate of traffic citations in the country. They're also close to the top for accidents and DUI's, at fourth.

Some other California cities that earned a ranking on the dubious list include Riverside at 3rd , San Diego at 5th, and Los Angeles at 6th worst.

According to a press release from 'quotewizard', they sampled incident stats from users of their website with over two million data points from 2016.