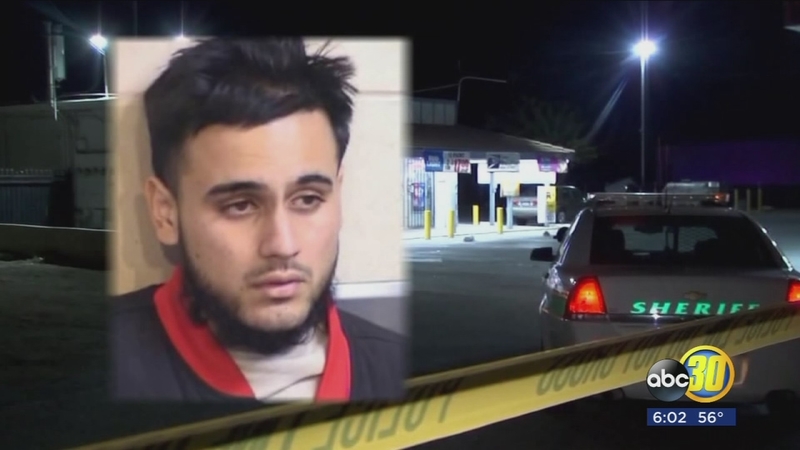 FRESNO, Calif. (KFSN) -- Amritaj Singh Athwal now faces capital murder charges for allegedly killing a Madera store clerk that means if he is found guilty. He will either face a life sentence without parole, or death.

"I think it was somewhat of a shock to him. He's a young guy. I believe he's 21. I spoke to his mother, met his grandmother and they're all deeply concerned," said Craig Collins.

Attorneys claim he and another person robbed the Tackle Box mini-mart in November but before Athwal left the shop, they say he shot and killed Dharampreet Jassar.

Athwal pleaded not guilty to murder charges on Tuesday.

The changes to his charges come after the district attorney's office filed additional special allegations against Athwal a day after he entered his plea. He was arraigned Thursday morning on the amended charges.

"I will make the decision as to whether we're going to pursue the death penalty or whether we'll just keep it as a life without parole case...that's largely dependent on the evidence," said David Linn.

Athwal's accomplice is still on the run, Madera County Sheriff, Jay Varney, says someone is assigned to the case daily as they continue their search for the second suspect.

"We're still processing evidence from the vehicle the first suspect was stopped in the morning of the crime. We don't have all the results back on that yet, and we're following up on some other investigative leads to determine who the second suspect is," said Varney.

The owner of the tackle box says they are still trying to recover from the loss. He did not want to comment on camera but says since the tragedy, they have shortened their hours, are working on more safety training, and have taken other precautionary measures.

Long time visitors to the market say they are hoping the other suspect is brought to justice soon.

"When I heard about the young man getting killed. I dealt with him as a customer. It was really sad and knowing that another guy is out there is very disconcerting," said Madera resident Ian Bowers.

Meanwhile, Athwal's attorney says he plans to hire a psychiatrist to speak with his client.