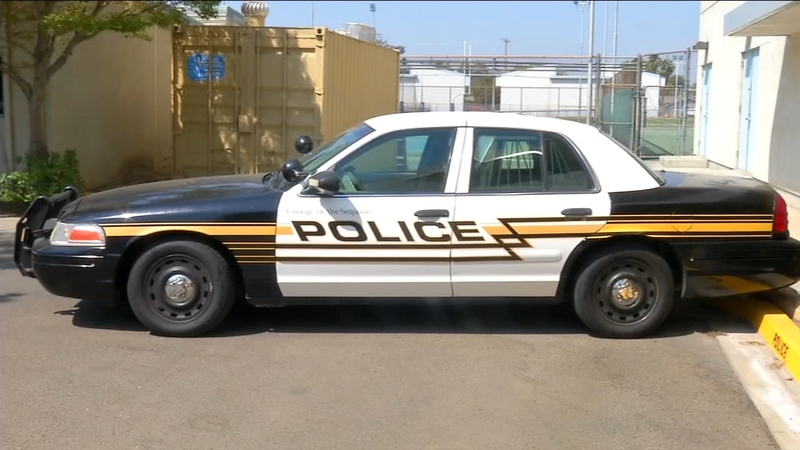 Suspect accused of setting 11 bathroom fires at COS in custody

VISALIA, Calif. (KFSN) -- It's what everyone is talking about at College of the Sequoias in Visalia: the eleven fires that were intentionally set on Monday and Tuesday.

The suspect is a student and is being held at the Tulare County Pre-Trial Facility on $50,000 bail.

The first fires were set in the men's bathrooms of the Sierra and Sequoia buildings just before noon on Monday.

After lunch, fire crews came back to College of the Sequoias for a report of another fire in a different building, also in a men's restroom.

While on the scene, firefighters responded to two more bathroom fires in other buildings.

Finally, crews dealt with another series of fires later in the afternoon.

All were limited to the bathrooms and were set using toilet paper and toilet seat covers.

"Any time a fire is lit in an occupied building and then (they) walk out the door and leave that fire to burn, there's no telling what could happen," said College of the Sequoias Police Chief Kevin Mizner.

By Monday night, Mizner says they had a person of interest in the nine campus fires, but that person was accounted for when two more fires were set on Tuesday morning, again in the Sierra and Sequoia buildings.

"In both cases, witnesses who had been watching the bathrooms that morning, observed a subject wearing a very distinctive backpack," Mizner said. "That person was located shortly after outside one of the buildings."

Mar Nagatani had band class with Banks, but he wasn't in class on Tuesday when one of the fires broke out.

"I've only seen him in passing in the locker rooms and he had a shirt from a show that I recognize. I was like 'Oh I like your shirt,'" Nagatani said. "He was kind of a normal person. I wasn't assuming a pyromaniac or anything."

"There was no issues that we're aware of at this point of any issue with the college itself," Mizner said. "At this point, I really can't determine what his actual motive was."