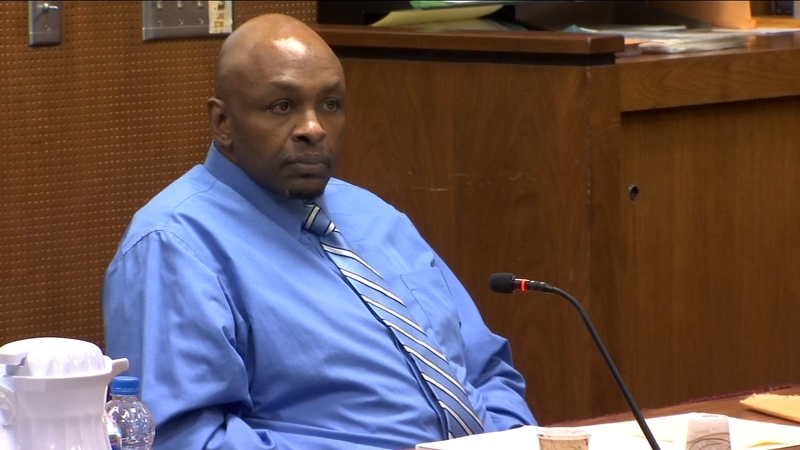 FRESNO, Calif. (KFSN) -- Five months after a deadly fight, the man who prosecutors say stabbed the victim then pedaled away faced a jury.

But his attorney says it's a case of self-defense.

It happened in front of a convenience store called the Food Zombie in May.

Daniel Apodaca collapsed outside the store after fighting with several people. But the punches didn't kill him, according to the autopsy.

"No weapon, no weapon is ever seen on Mr. Walker in these videos. Never once," said Defense Attorney Richard Esquivel.

Prosecutors say Deon Walker hid his left arm behind his back while using his right to fight Daniel Apodaca. At one point, Apodaca can be seen shoving the bike away during the showdown.

Monday the man who threw punches at the victim minutes earlier told jurors the last man to confront Apodaca was Walker.

Hector Esquivel said Apodaca was in front of the store mouthing off when he pulled up with a friend to buy a case of beer. Hector said he'd never met the victim before but was provoked to the point of a fight. Surveillance cameras caught the brief confrontation that he said seemed like two to three minutes long.

"Deon Walker throws several left-hand punches and knocks Daniel Apodaca to the ground right in front of the front doors of this store. Daniel Apodaca falls, loses his hat and retreats cause he has no chance in this fight," said Deputy District Attorney Wells.

The next fight was the one that prosecutor say left Apodaca lifeless next to two phone booths in front of the mini-mart.

Deon Walker could spend the rest of his life in prison if he's found guilty. The trial is expected to last a week.
Report a correction or typo
Related topics:
fresnotrialmurderstabbing
Copyright © 2021 KFSN-TV. All Rights Reserved.
MURDER