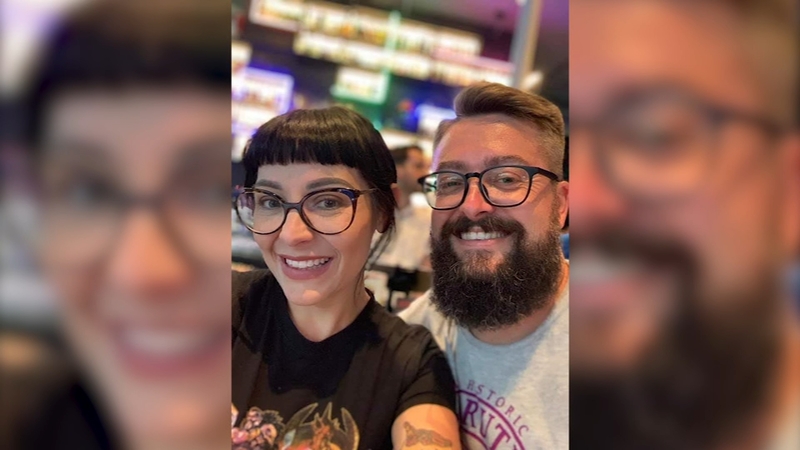 SAN FRANCISCO (KFSN) -- The driver of a Tesla who police say crashed into a Clovis couple that was visiting San Francisco on Sunday has been identified.

Police say 21-year-old Vallejo resident Kelsey Mariah Cambridge of Vallejo has been charged with one count of vehicular manslaughter and one count of running a red light.

On Sunday around 2 p.m., police say Cambridge ran a red light on Taylor St. at O'Farrell St., in the Tenderloin and then plowed into the couple.

After hours of questioning, San Francisco police walked Cambridge from Hotel Spero into the back of a waiting squad car around 7:30 pm.

SFPD says the driver of this Tesla ran a red light at O’Farrell @2pm. @SFPD says she was driving up Taylor 15-20MPH above the posted speed limit. Tesla hit the mini, then a couple in the crosswalk, then a parked SUV. Man was killed and his wife is critical - visiting from Clovis. pic.twitter.com/qLBx4LZSrP

"We do not know if it was in autonomous mode or what type of mode or if she was in control of the vehicle," said SFPD Traffic Division Sgt. Frank Harrell.

What police do know, is that after running the red light, the Tesla driver broadsided a Mini Cooper, and then hit the married couple who were walking in the crosswalk.

The husband, 39-year-old Benjamin Dean, was killed. His wife was taken to San Francisco General Hospital, where she has non life-threatening injuries.

Police tell me the driver of the Tesla lives in San Francisco and was renting the Tesla. She’s not hurt and is being interviewed near the scene by police. pic.twitter.com/eZEluW5jUG

The couple is from Clovis and the wife's Facebook page indicates they were in San Francisco celebrating their anniversary.

Police say Cambridge was cooperating with them and that drugs and alcohol do not appear to be a factor.