KFSN
By Gilbert Magallon
FRESNO, Calif. (KFSN) -- Fresno police have identified the man who was arrested after he shot at officers during a pursuit on Tuesday evening as 29-year-old Michael Sanchez.

Investigators have also found the passenger who was in Sanchez's car. Luis Longinos, 41, was questioned by officers before he was released.

Sanchez was booked into the Fresno County Jail on several charges including attempted murder on a police officer.

This is a breaking news development. The original story is below.

SWAT vehicles, dozens of patrol cars and several officers swarmed the area as they tried to put an end to the panic caused by a man carrying this modified pump shotgun.

"Right now, we are incredibly lucky that no officers were hurt and no citizens were hurt," says Fresno Police Cpt. Joey Alvarez.

Investigators say it all started just after 5:30 p.m. Tuesday night when a vehicle sped by officers.

They tried to pull the driver over, but he kept going until he crashed near McKenzie and Valeria. The driver and his passenger jumped out of the car and started running away.

"As the driver began running from the officers, he turned and began firing at officers. Fearing for their safety, the officers returned fire," Alvarez said.

The suspect, who police say is a man his late 30's, kept running down Valeria towards a group of people.

A neighbor with a Conceal Carry Weapons permit was in his direct path.

"The individual brandished the gun at him and fearing for his safety, the citizen also shot at our suspect," Alvarez said.

Officers say the suspect had a gunshot wound to the chest and was taken to Community Regional Medical Center. They do not know if he was shot by officers or the CCW holder.

Police say the suspect then ran into an apartment complex where he tried to break into several apartments.

A person in the area was finally able to put a stop him.

"A Good Samaritan was present and actually tackled the individual, and officers caught up and were able to take him into custody," Alvarez said.

The suspect was shot in the chest and is expected to survive. Police believe he has gang ties based on his tattoos, clothing and other items.

Meanwhile, they are still looking for the suspect's passenger who took off.

Police describe him as a man in his late 30's who is balding with a beard and was last seen wearing a black jacket with blue jeans. 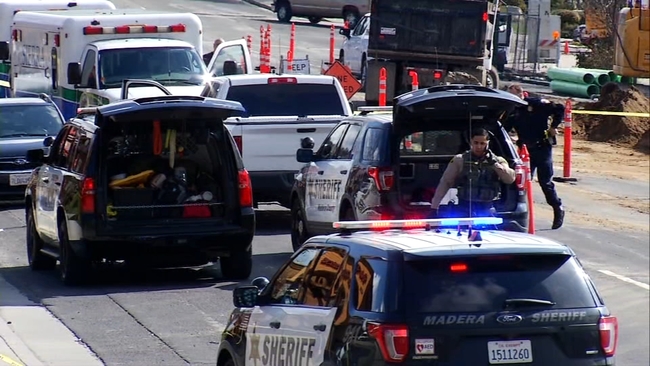 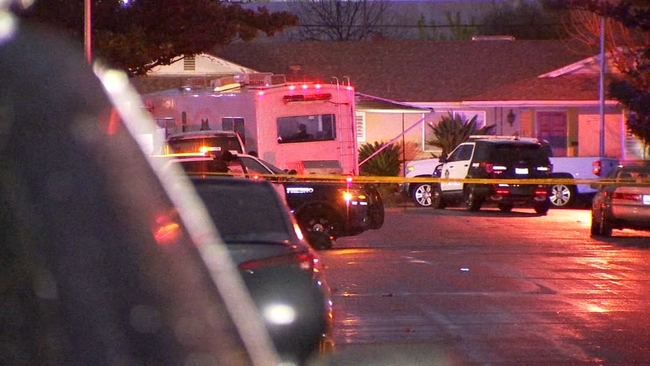 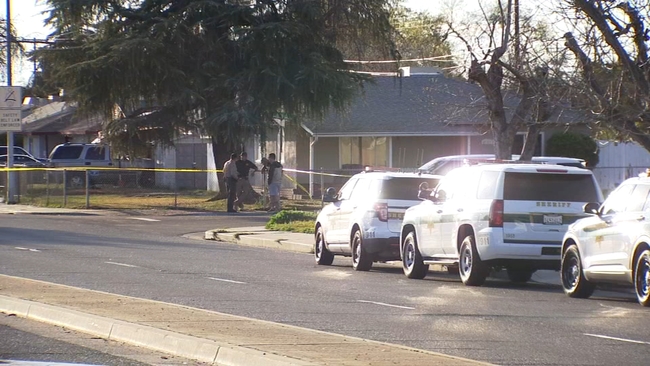