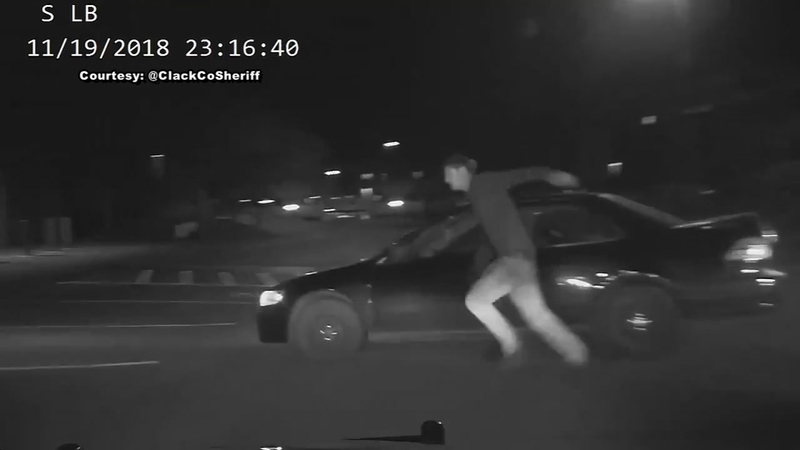 Suspect run over by his own car

HAPPY VALLEY, Oregon -- A suspect trying to escape police didn't go very far after he managed to get run over by his own car.

Officers said they responded to reports of a man stealing items from parked cars.

When they found him, he sped off, leading police on a high-speed chase.

It ended when he bailed out of the car and got pinned under the same vehicle he had just jumped out of.

The 31-year-old suspect broke his leg.