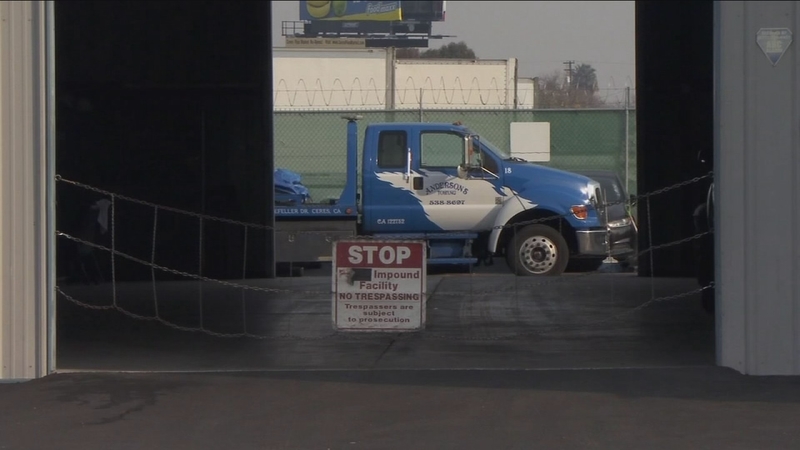 The manager at Anderson's Towing told us Jameson had just been there a few months. He says they were stunned to learn the company has been linked to an alleged a terrorist plot.

A truck from this towing company in Ceres could have been part of Everitt Jameson's alleged plot to kill and maim in the name of Isis.

According to court documents, Jameson expressed admiration for the truck attack on pedestrians in New York City on Halloween, where eight were killed 11 injured.

According to the FBI, Jameson wanted to inflict similar pain on San Francisco's Pier 39 on Christmas Day. Tow company manager Duane Thompson read a prepared statement on the company's response.

Duane Thompson from Anderson's Towing said, "This comes as a shock to all of us. Everitt Jameson has only been here a few months, since August 21st of this year. We are only now learning of what he had planned."

Thompson said the company is fully cooperating with the FBI investigation and is grateful this alleged plot was stopped.

According to the court documents, Jameson told an undercover FBI operative he could use a truck, guns, and explosives in the attack.

But despite all of his claims the question will be did Jameson really intend to do it. In his last phone call with an FBI agent who he thought was a terrorist, he said I don't think I can do this after all I reconsidered.