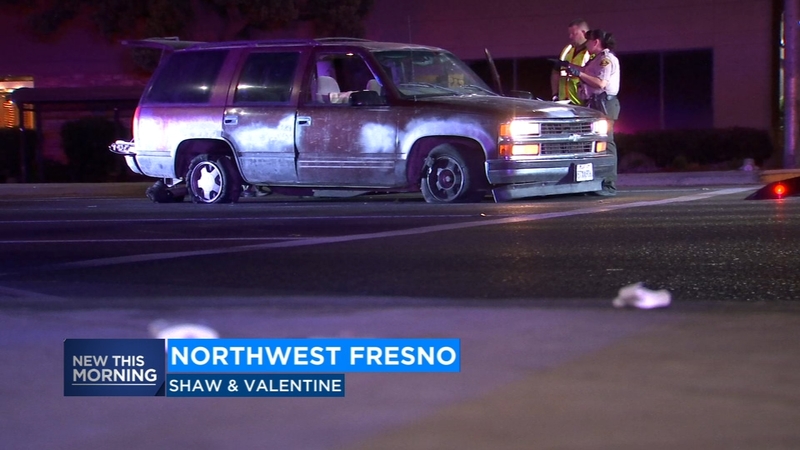 FRESNO, Calif. (KFSN) -- Two men are in custody after leading law enforcement on a high-speed chase through Fresno Thursday morning.

It began on Blackstone and Ashlan following a failed traffic stop and ended at Shaw and Valentine when four flat tires halted the suspects' Chevy Tahoe.

Officials say the men tried to run away but were quickly caught.

Both suspects were under the influence of drugs and were treated at the hospital, police say.