Fresno authorities say a suspicious fire is under investigation 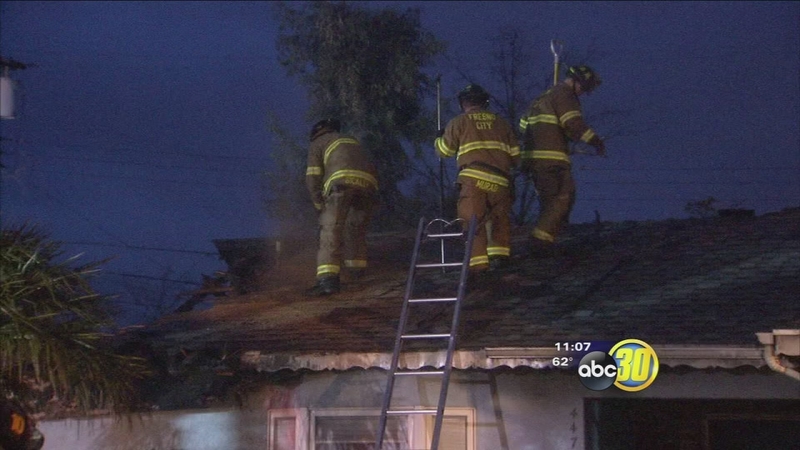 Fresno authorities say a suspicious fire is under investigation

FRESNO, California (KFSN) -- Investigators are saying the cause of a Central Fresno House fire is suspicious.

The fire started around 5 a.m. Friday near Weldon and Barton. Investigators say the garage went up in flames and there was wall to wall fire. A neighbor next door spotted it and dialed 9-1-1.

Firefighters put the fire out and managed to keep it from spreading to neighboring homes.

The house was empty but investigators say, squatters were living in the garage. Just last night, they say, police were at the home and officers arrested people there on burglary charges.

"We searched the house and nobody was in it but there is evidence that it was occupied, probably by squatters," said Tony Escobedo, Fresno Fire Department Battalion Chief.