Prosecutors said in a filing that they believe officials are close to finding Suzanne Morphew's body.
ABCNews
By Emily Shapiro 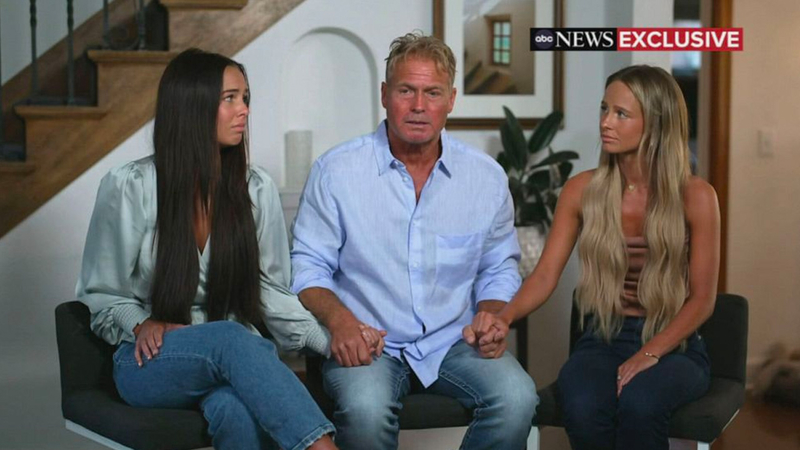 Morphews speak out for 1st time since murder charges dropped

DENVER -- Days before the second anniversary of Colorado mom Suzanne Morphew's disappearance, her husband Barry Morphew and the couple's two daughters are speaking out for the first time since murder charges against Barry Morphew were dropped.

"We've been silent for a long time and we've decided that we finally want to break the silence," daughter Mallory Morphew told ABC News in an exclusive interview airing Friday on "Good Morning America."

Barry Morphew added: "I just love my girls and I love my wife and I just want her to be found." 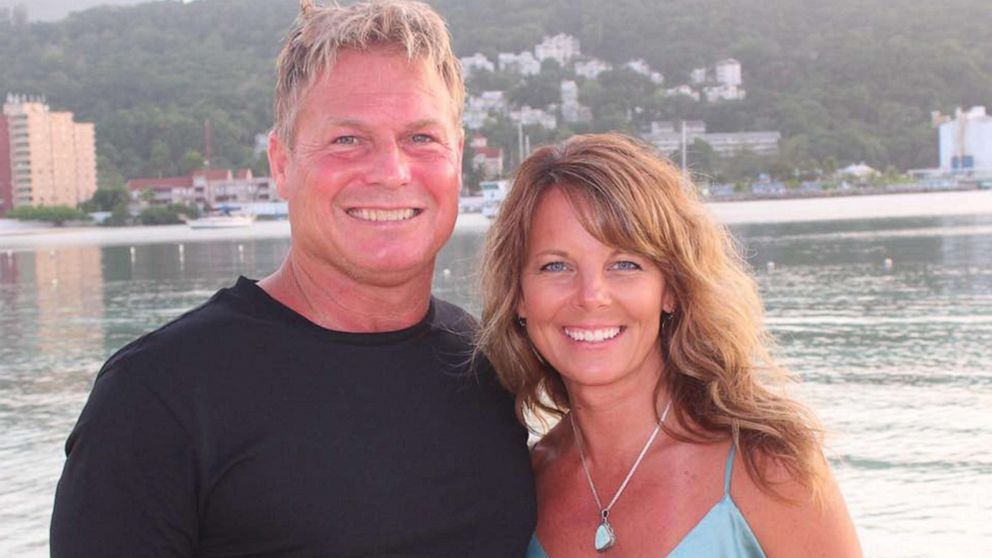 Suzanne Morphew and her husband Barry Morphew are pictured in an undated family handout photo. (Morphew Family via AP)

Barry Morphew was arrested a year later, in May 2021, on charges including first-degree murder.

But last month all charges against Barry Morphew related to the alleged murder were dropped.

Prosecutors dropped charges against Barry Morphew, who was about to go on trial for killing his wife, Suzanne. Her body has not been found.

"Even if the Court were to partially reconsider ... the People would still be left without several key expert witnesses initially endorsed," prosecutors said. "Without this crucial evidence, and without the victim's body, the People cannot move forward at this time in good faith."

The charges against Barry Morphew were dismissed without prejudice meaning charges can be refiled in the future. 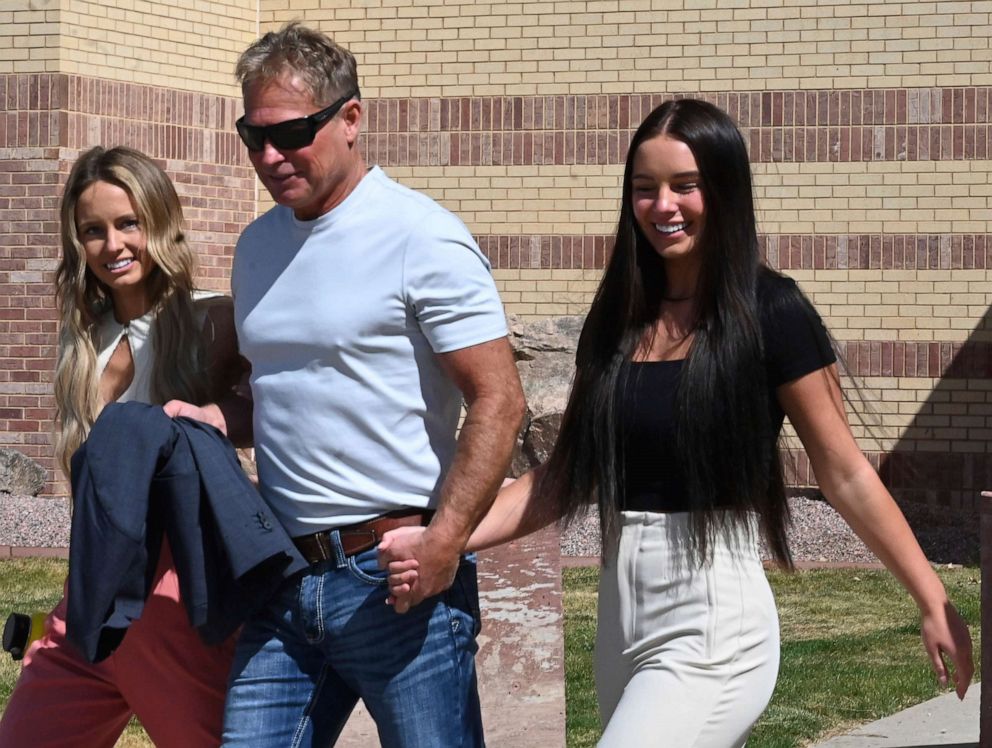 Barry Morphew leaves a Fremont County court building with his daughters, Macy, left, and Mallory, after charges against him in the presumed death of his wife were dismissed in Canon City, Colo., April 19, 2022. (The Gazette via AP, FILE)

Suzanne and Barry Morphew's two daughters are both standing behind their dad.

"We just know our dad better than anyone else and we know he was not involved in our mom's disappearance," Mallory Morphew said.

FROM 2020: Search underway for Colorado mom of 2 who disappeared during bike ride
EMBED More News Videos

A search continues for a mother of two who vanished two weeks ago during a bike ride, and her husband is offering a hefty reward for information leading to her return.

The family hopes to begin the healing process and is focused on finding out what happened to Suzanne Morphew.

Mallory Morphew said, "These last few years have been the most painful thing that we've ever experienced. We just miss our mom so much and we want her to be found."

The district attorney's office told ABC News that investigators "have been diligently searching for Suzanne Morphew since she was reported missing ... are continuing to do so."

Prosecutors said in court filings that authorities believe they're "close to discovering" the body but "weather has complicated efforts" because the area where she's believed to be is buried under several feet of snow. 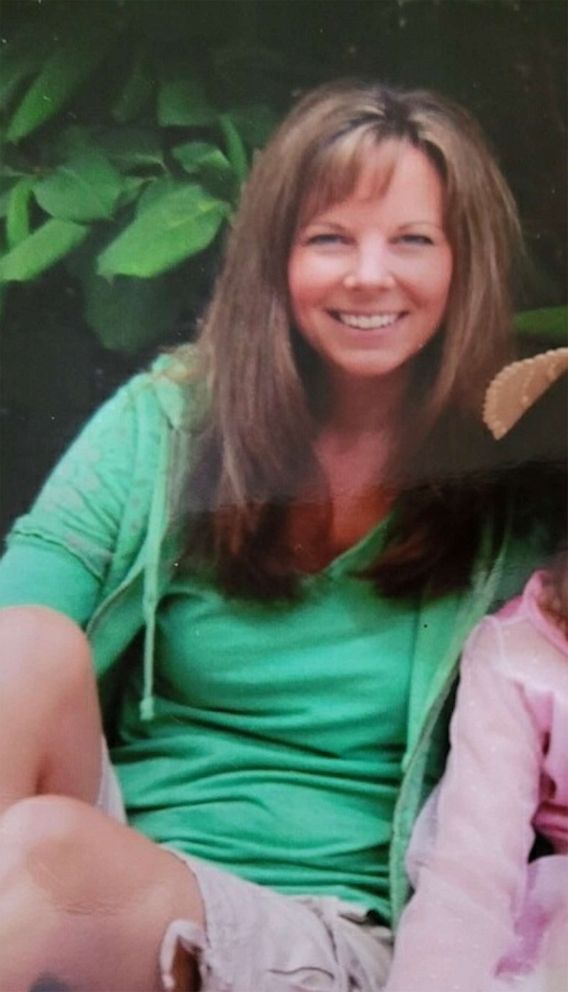 Daughter Macy Morphew added: "It's been such an emotional rollercoaster and just traumatizing."

Mallory Morphew said, "I just hope that [the district attorney] will step up to the plate and do everything she can to find our mom -- because what they've done is not fair and we're never going to stop looking for our mom."

Barry Morphew's attorney Iris Eytan claims the authorities have mishandled the case and is planning to file a complaint against the district attorney.

"Prosecutors need to be held responsible and they need to pay for the damage they've caused to Barry, which is, frankly, nearly irreparable at this point, because it's hard for anybody to believe that Barry is not who they claim he was," Eytan said.