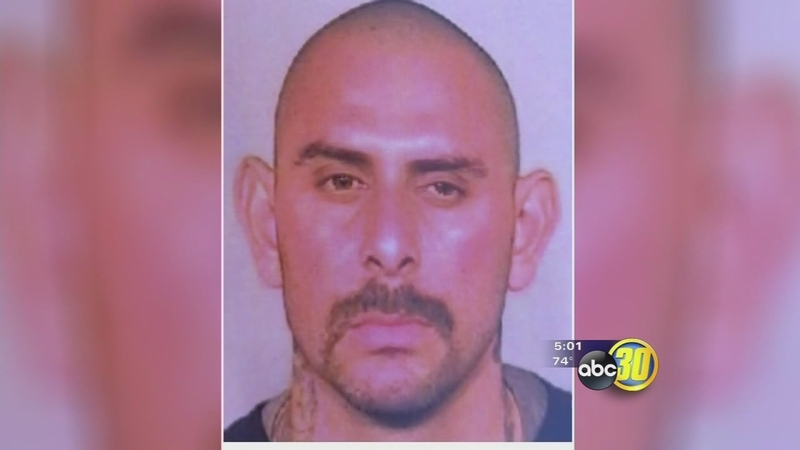 FRESNO, Calif. (KFSN) -- A hostage situation is now over in Southeast Fresno and now a pregnant woman is suffering life-threatening injuries.

Neighbors watched the scene unfold from the front of their homes. What started as a call to police about a man who shot his pregnant wife quickly turned into a hostage situation.

Officers said 32-year-old Manuel Sirven called his mother and told her he shot his wife. He then went on to threaten his mother, and tell her that if she came over, he would shoot her too.

Police said Sirven's sister called police but they said they received more information from the suspect's own children.

"Those kids told the (grandmother) there was a gunshot fired last night and that their mother had been shot," said Chief Jerry Dyer, Fresno Police Chief.

Dyer said they used a series of flash bangs to distract the suspect and get their robot inside the home to communicate with Sirven.

Dyer said Sirven was on meth and communicated with officers that he had several firearms.

"There were a series of rounds fired through the door at the direction of the robot which was out in the living room area."

A bomb squad was on the scene, but ultimately, Dyer said a final flash bang was enough to disorient the suspect and allow officers to enter where Sirven surrendered.

"It's the best we could've hoped for in this situation."

Both Sirven and his wife were taken out of the home and rushed to a hospital. His wife is being treated for a severe gun shot wound to the head.

Neighbors are hoping for the best for the victim and her unborn child.

Meanwhile, Chief Dyer, emotional, and he thanked the SWAT team for putting their life on the line.

"We owe a debt of gratitude for what they did today."

Police said that Sirven does have an extensive criminal history including domestic violence.