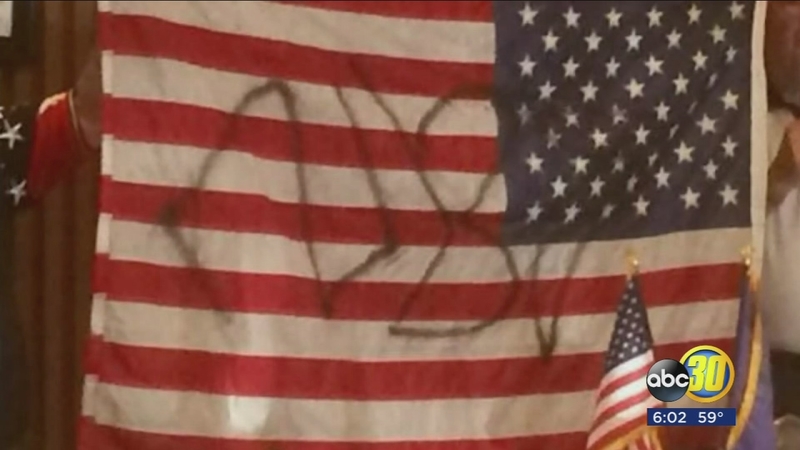 FRESNO, Calif. (KFSN) -- American flags only come out a few times a year and on Veteran's Day, more than 500 of them line the streets of Los Banos.

This year, veterans found the symbol of freedom completely covered in graffiti.

Commander Alan Cotta says the flag was placed in Colorado Park on the morning of Veterans Day. He says they found the defaced flag just a few hours later.

Cotta and another veteran displayed the vandalized flag at the American Legion Hall.

"I want the community to talk to their kids and let them know this happened here and this isn't okay," said Patricia McCoy.

Police say they have increased patrol around the park, but they still don't have a suspect.

"We've recently made several arrests but it is unknown if their connected to that act of vandalism," said Justin Melden.

As an army war veteran, Cotta says the flag represents his country and the years of his life he spent fighting for it.

"We have to make sure we have the correct number in all of our routes."