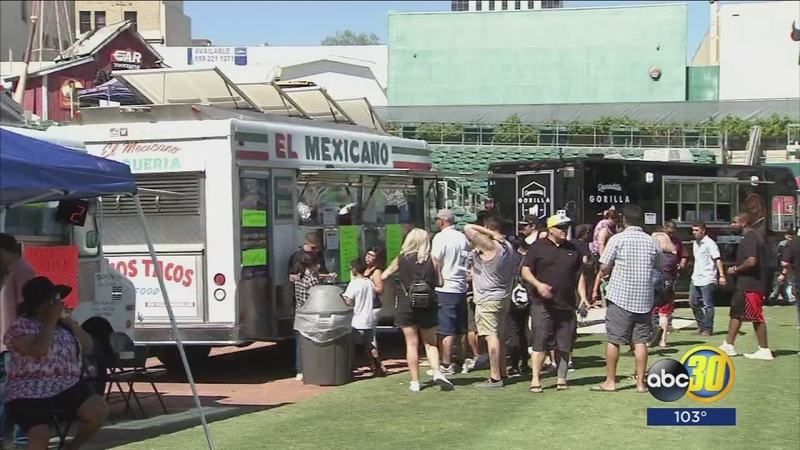 FRESNO, Calif. (KFSN) -- It was another day full of fun and tacos in Downtown Fresno Saturday.

The Taco Truck Throwdown started back up at 2 p.m. and festivities will wrap up at midnight. Of the 29 taco trucks that competed in Friday night's event, almost all of them came back for day two.

Over 7,000 people attended the culinary throw down and 50,000 tacos were consumed.

It's hot, but he expects another good crowd.

"Heat's always been an issue," he said. "We make sure we have plenty of water available, lots of places to cool off. We've got first aid if anyone does have an issue. But the nice part about the ballpark is, there's a nice breeze that comes through and a lot of areas to find shade on the concourse on today's event."

Angela Cruz and Pete Gutierrez are finding shade where they can. They've already had their share of tacos from Guadalajara, and Gutierrez knows the family that owns it.

"There's not much to do in Fresno, so this is something that a lot of people look forward to and hopefully she'll want to keep coming," Gutierrez said.

Seven-year-old Madison Horan had no complaints about the heat as she ate some carne asada tacos quickly.

"Because it tastes so good," she said.