A recently passed social host ordinance in Tulare County holds hosts responsible if minors are drinking at parties. And now, a state grant enables deputies to keep a close eye on places that illegally sell to minors.

The most recent minor decoy operation was on Friday and Saturday night. Deputies targeted stores in the south part of the county, including Plainview, Woodville, and Strathmore.

"Obviously we have the officers there for their safety and we have a representative from ABC, Alcoholic Beverage Control, that is also there," Lt. Macias said.

The decoy operation is the second in recent weeks.

Earlier this month, deputies cited eight clerks at stores in the north part of the county, including a few in Goshen-28 stores were checked during that detail. The ramped-up enforcement effort is being made possible by a grant the sheriff's office received from the ABC last year.

Aside from a ticket from the sheriff's office, the ABC can suspend or revoke a business' liquor license if it violates the law.

Lt. Macias says they will be doing additional operations in the future.

"We have to look out for the teens and the youth and underage drinking," he said. "I mean it's a big problem that I think we can certainly help out with it."

The sheriff's office will also sponsor a workshop put on by the ABC, educating storeowners about selling alcohol at their businesses.
Report a correction or typo
Related topics:
tulare countyunderage drinking
Copyright © 2020 KFSN-TV. All Rights Reserved.
UNDERAGE DRINKING 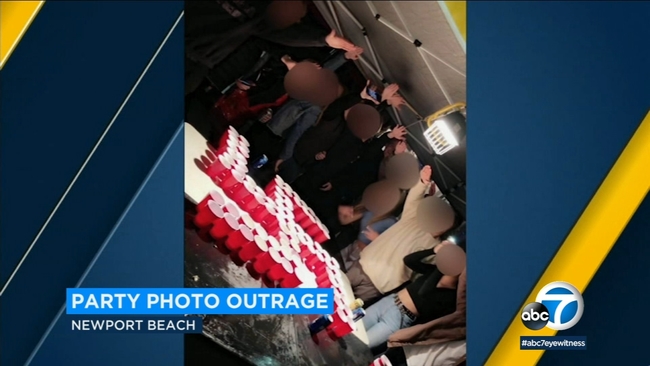