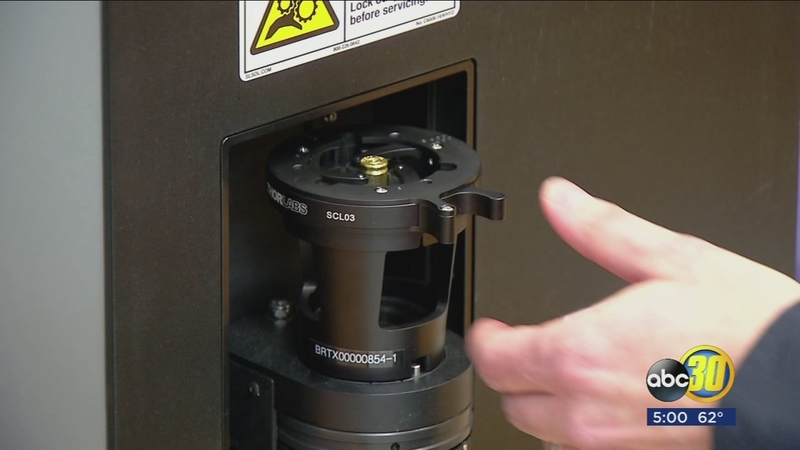 The machine has the ability to link crimes that might have otherwise gone unconnected.

Fresno PD has only been using the new piece of equipment since last month and already NIBIN has been used in linking multiple shootings.

"We've entered 30 different casings from 30 different shootings that we have been able to tie to seven guns. We know there has been seven guns used in 30 shootings here as of late," said Fresno Police Chief Jerry Dyer.

Crime lab technicians take the bullet casings that were recovered from the crime scene and insert them into the machine.

From there the technician can match up the markings on each shell from other shells and bullets in a national database -- doing this all in real-time.