Whether your child is 6 or 16, chances are, they're using mobile devices. But how do you teach kids the responsible use of technology?
KFSN 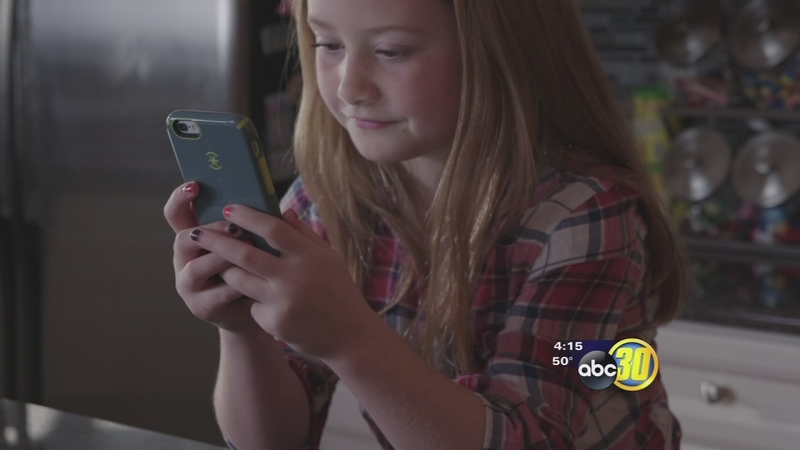 CLOVIS, Calif. (KFSN) -- The Henderson family of Clovis has strict rules when it comes to their boys' electronic device use. Dad Chip Henderson explained, "iPods and iPhones have to come downstairs at the end of the night. They don't get to go up with you. They also know that's our grounds as parents to check through the phone. They know that that's gonna happen." As a children's pastor at New Covenant Community Church, Chip and his wife Tara Jo are constantly educating other parents on this topic.

They say one of the most common mistakes, is just handing a device to your kid *without* changing the settings first. Pastor Henderson said most parents are unaware that "All of the devices that come, whether Kindles, Androids, or iPhones, their default setting is always to the extreme. Explicit content. There's no restrictions on it. "

The two have worked for years, to build communication and trust with their own kids, and to prepare them for the responsibilities that come with having mobile devices. Mom Tara Jo says nothing's off limits: "We teach them from the very beginning to come to us with anything. There's nothing they can't show us, that they can't talk to us about, they won't get in trouble if they bring it to us, and then we can help them work through it."

But that trust goes both ways. They say parents shouldn't install apps to spy on your kids either. Chip: "You don't wanna do that. That's bad. Because you just destroyed trust." Instead, he says, start by setting restrictions early, gradually allowing for small freedoms, turn mistakes into teachable moments to equip them for the future, and work up to texting and social media if they've shown good judgment and responsible use.