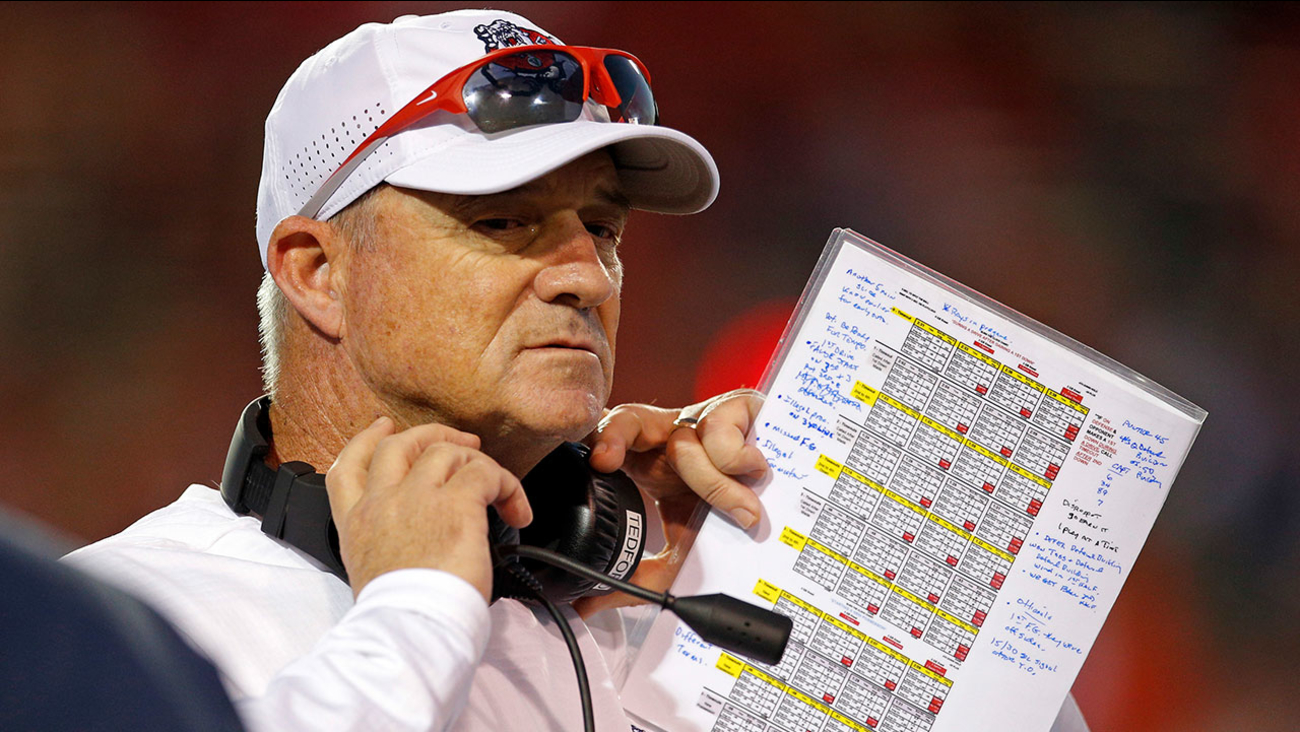 The former Fresno State quarterback, from 1981-1982, took over the head coaching job in 2016 and turned the Bulldog football program around.

Although Tedford announced he is resigning as head coach due to health issues.

Jeff Tedford has always been the kind of guy who goes to where he is needed most. Three years ago that place was Fresno State to revive a program coming off a 1-11 season.

Tedford shared he needs a heart procedure right away and is scheduled in January at the Mayo Clinic.

This means the place he is needed most now is home, where he can spend some quality time with his family.

The Bulldog football team had no idea what kind of heart issues head coach Jeff Tedford was dealing with.

"I had a procedure a couple of weeks ago where I was struggling a little bit. Went into the hospital and had to get shocked back into a rhythm a couple of times so that was pretty scary," said Tedford.

The 58-year-old Tedford says now he needs to undergo a cardiac ablation. This procedure involves removing scar tissue on the heart to correct an abnormal rhythm.

In 2013 while with the Tampa Bay Bucs, Tedford had two stents inserted because of five blockages leading to his heart.

"The stresses and anxiety of this job does not match up well with some of my cardiac issues," said Tedford.

The search for Tedford's replacement is underway.

"Coach, you're still a young guy but when you lose members of the Bulldog family, like Paul Schecter and Steve Sobonya, did their loss weigh on your mind as you considered your own future? Yes. Yes. You can throw Marvin Meyers in there," said Tumey.

"Nothing's guaranteed in life so yes. I think that's a great question. I think we ask ourselves these questions right," said Tumey.

And getting healthy is the right answer.

"I've worked all my life and my wife and my sons have sacrificed a lot. Now it's time to live," said Tedford.