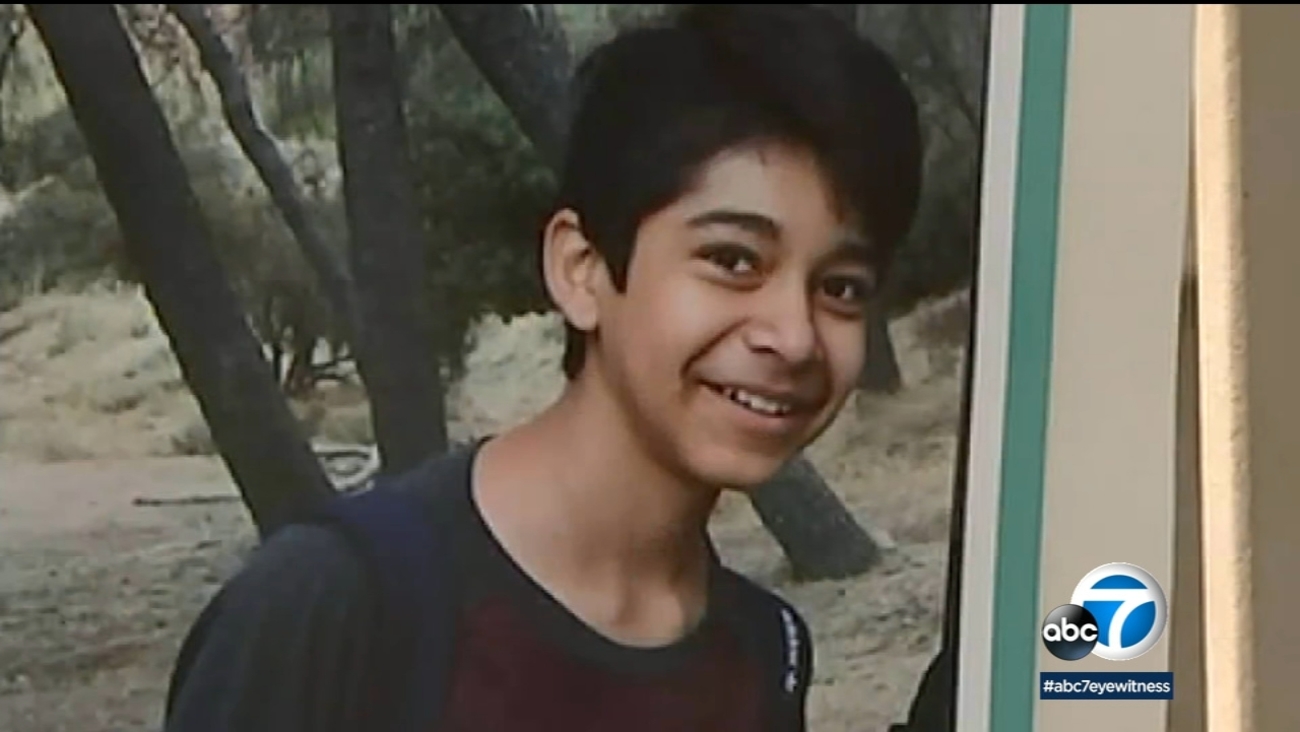 A 13-year-old boy has died just over a week after he suffered critical injuries in an incident that resulted in the arrests of two other students on suspicion of assault.

MORENO VALLEY, Calif. -- A 13-year-old boy has died just over a week after he suffered injuries in what authorities said was an on-campus attack by two other students at a Moreno Valley middle school.

The victim, identified only as Diego in a statement from the Riverside County Sheriff's Department, was pronounced clinically dead Tuesday evening.

"Preparations by Diego's family are underway for organ donation to transform this tragedy into the gift of life for other children," the news release said.

Two other students who were involved in the fight, which was recorded on video by a bystander, remained in custody following their earlier arrests on suspicion of assault, authorities said. Their identities were not disclosed due to their ages.

A remembrance ceremony was being planned at the middle school for Thursday at 6 p.m. Counselors would be available to speak with students, teachers and community members.

"On behalf of the City Council, I want to extend my sincere condolences to Diego's family and friends. No one should have to endure the pain of such a terrible loss," Moreno Valley Mayor Yxstian Gutierrez said in a statement.

"This is a life-changing tragedy for everyone involved, including the staff and students at Landmark Middle School."